Saul ‘Canelo’ Alvarez was forced to tell two uninvited guests – one wearing a shirt with Jake Paul’s face printed on it – to leave the ring after his victory over Avni Yildirim.

Canelo dismantled Yildirim in a comfortable defence of his WBA and WBC super-middleweight titles, downing the Turkish fighter with a vicious one-two in the third round. Yildirim did not emerge from his corner for the start of the fourth with the Mexican superstar easing his way to a 55th professional victory.

In the aftermath of the fight, it was confirmed the 30-year-old will take on WBO champion Billy Joe Saunders on May 8 in a huge unification bout.

But while discussing his victory with fight broadcaster DAZN, two unidentified males were seen in the ring among Canelo’s party.

One appeared to be wearing a black t-shirt with Paul’s face printed on the front – the other wearing one featuring Ben Askren, who Paul is scheduled to fight on April 17.

Irritated by their presence, Canelo made his feelings known, appearing to tell the pair ‘get the f**k out of here’ with the two wisely making a sharp exit.

Canelo barely broke a sweat as he took apart the unfancied Yildirim, who failed to land a meaningful power shot throughout the short-lived contest.

Damaging body shots began to take their toll almost immediately with a straight right hand in the third sending him crashing to the mat.

Yildirim’s coach Joel Diaz was heard telling his man he would pull him out of the fight unless he saw improvement in the fourth.

The contest never got that far with the challenger retiring on his stool. 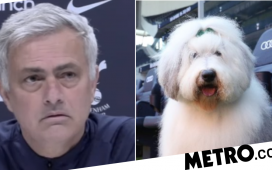 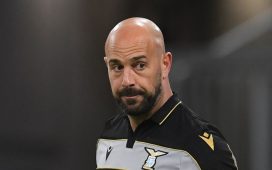 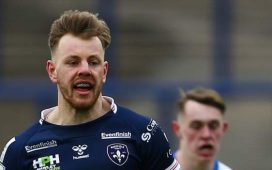 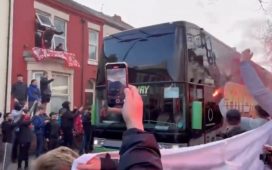