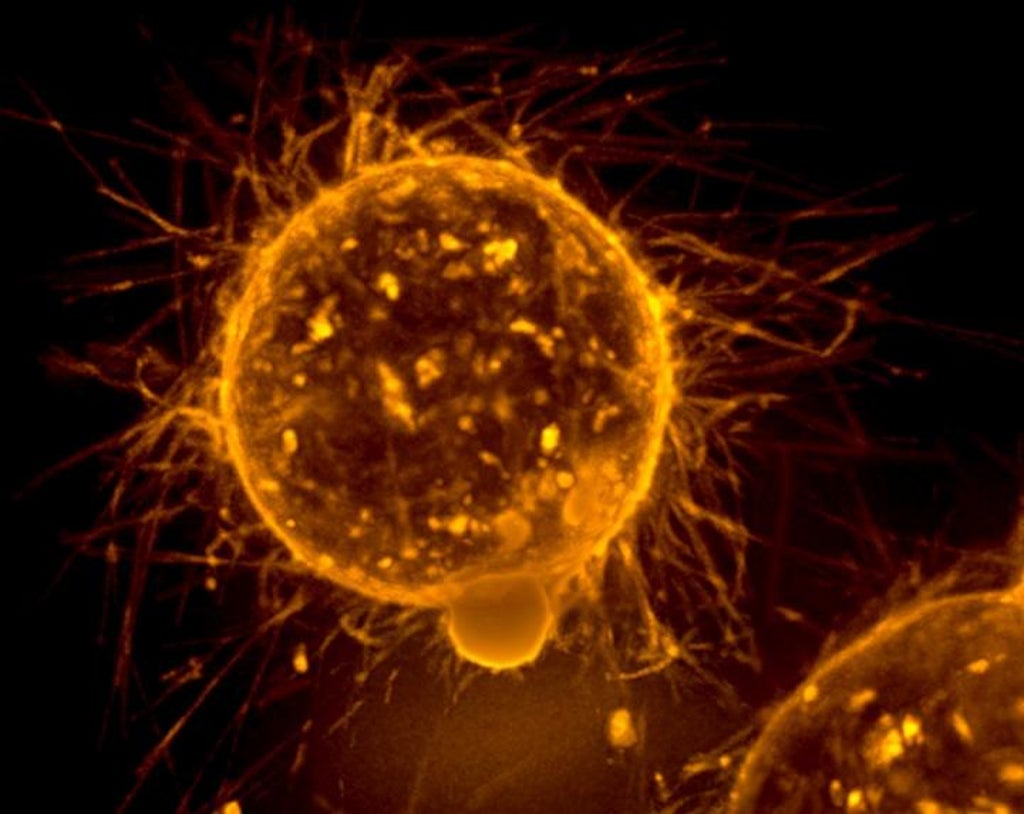 Cancer cells gain strength by forming “tiny tentacles” that suck the power out of immune cells, a recent study that could help develop new drug targets against the malignant disease has suggested.

The research, published in the journal Nature Nanotechnology, found that cancer cells disarm their potential attackers in the immune system by extending ultra-small tentacles that reach into immune cells and pull out their powerpack, the mitochondria.

“Cancer kills when the immune system is suppressed and cancer cells are able to metastasise, and it appears that nanotubes can help them do both,” Shiladitya Sengupta, the study’s co-author and co-director of Brigham’s Center for Engineered Therapeutics in the US, said in a statement.

In the research, scientists co-cultured breast cancer cells and immune cells, such as T cells, and found using cutting-edge microscopy techniques that the two cells were physically connected via tiny tendrils with widths mostly in the 100 nanometre to 1,000 nanometre range, several thousand times smaller than the width of a single human hair.

The researchers then stained mitochondria, which provide energy for cells, from the T cells with a fluorescent dye. They could see that the mitochondria, stained bright green, were pulled out of the immune cells through the nanotubes, and into the cancer cells.

“This is a completely new mechanism by which cancer cells evade the immune system and it gives us a new target to go after,” added Dr Sengupta, who is also a co-founder and owns equity in drug development companies Vyome Therapeutics, Akamara Therapeutics and Invictus Oncology, and receives fees from firms Famygen and Advamedica.

The scientists then injected an inhibitor of nanotube formation into mouse models used for studying lung cancer and breast cancer.

They reported a significant reduction in tumour growth, adding that the inhibitor could prevent the cancer cells from hijacking mitochondria.

The scientists have called for further research in animal models to test the potential therapeutic benefits of inhibiting the formation of these nanotubes.

“Based on our observations, there is evidence that an inhibitor of nanotube formation could be combined with cancer immunotherapies and tested to see if it can improve outcomes for patients,” Dr Saha added.