The grotesquely unequal playing field facing many schoolchildren in England and the wider UK is best captured by the footballer Marcus Rashford. “Growing up as a kid,” he told the BBC, “I felt like I started 50 metres behind everyone else in a 100-metre race.” If education is a race, those from poorer backgrounds start with huge handicaps. And at every hurdle, they face a bigger fall.

The closure of schools and cancellation of GCSEs and A-levels as a result of England’s third national lockdown risks tilting this playing field even further towards advantaged students. Let’s be clear: lockdown will deepen education inequalities. Research that I’ve been involved with has shown how poorer pupils have suffered the largest learning losses from school absences during the pandemic. Outside the school gates there lies a stark home-learning divide. Disadvantaged pupils are less likely to benefit from quiet study space, home computers and internet connectivity, let alone the luxury of extra teaching from private tutors.

Without exams going ahead this summer, we face a huge decision: how to create a fair system for awarding grades that will shape the life prospects of more than a million teenagers, many of whom will have missed out on large chunks of education this year. The exam regulator for England, Ofqual, has been tasked with coming up with “alternative arrangements”. It seems likely that teacher-assessed grades will replace GCSE and A-level exams.

But the challenge with any assessment system will be catering for the larger learning loss suffered by some pupils. Doubtless teachers will do their best to ensure their assessments are fair. But the evidence suggests that teacher predictions and assessment can unwittingly penalise pupils from poorer backgrounds compared with their more privileged counterparts. At the very highest A-level grades, poorer students can suffer from being underpredicted in their results. This explains why the government is so keen not to rule out any final end-of-year examinations at this stage.

Many individual schools have been shocked to find that their attainment gaps widened in 2020, when teacher assessments were used for final grades. Grading students on the basis of the work they completed in school and their previous results doesn’t cater for late surges in the exam hall. We know the group of pupils who pull up their grades through end-of-year exams – and defy their predictions – is often made up of boys, and those who come from disadvantaged families.

For some time, exam regulators at Ofqual have been aware of inconsistencies among external moderators, whose job is to equalise standards across schools. Many don’t sufficiently challenge or change grades, even if they’re wide of the mark. Research shows moderators have an “anchoring effect”, where a first marker’s grade acts as an “anchor” that moderators seldom deviate from.

I’ve previously argued for a one-off flagging system that could be used alongside exam grades in 2021 to identify those pupils who have been most seriously affected by Covid-19. Teachers could produce a contextualised system, flagging the results of students whose grades were judged lower than those they would have received had the pandemic not happened. At the very least, universities will need to consider how to lower the offer grades for disadvantaged applicants who have faced particularly difficult circumstances during the crisis.

But this may also be a good time to ask whether exams, as they currently exist, can ever really level the playing field. Over the last decade, as assessed coursework has largely disappeared from GCSEs and A-levels, England’s system for evaluating pupils’ progress has become overly focused on high-stakes testing. The flaws of this model become clearer with every passing school year. High-stakes testing distorts and narrows the school curriculum, with teachers teaching according to what will be tested. Most alarmingly, every year a “forgotten third” of pupils fail to get standard passes in English and maths GCSEs. A system that labels 30% of pupils as failures before they’ve even reached A-level hardly seems fair.

Whatever replaces exams in 2021, we’ll need to ensure that children from poorer backgrounds aren’t further disadvantaged. Giving evidence to the education select committee last summer, I urged MPs to closely monitor any use of predicted grades and teacher assessment to ensure they didn’t unfairly penalise disadvantaged pupils. Ideally, we would have some consistency across the different assessment systems in Wales, Scotland, England and Northern Ireland. They should have similar grade distributions, in line with the more generous grading for pupils in 2020.

Writing as a parent with teenagers who were due to take GCSEs and A-levels this year, my final hope is that the government clarifies this year’s arrangements as soon as possible. We can’t have a repeat of the fiasco that blighted last summer’s exams. The worst scenario for pupils is endless weeks of demotivating and worrying uncertainty. Teachers, meanwhile, will need time to do all they can to ensure that the final hurdles in this educational race are as fair as possible, particularly for our most disadvantaged pupils.

School tells ‘highly critical’ parents to try and be teachers themselves 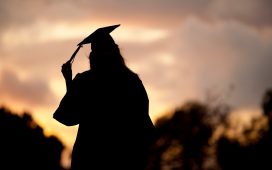 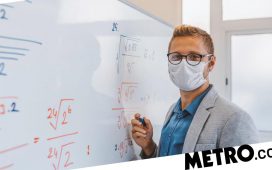 When will teachers get the Covid vaccine?

Boris Johnson hopes schools in England will reopen from 8 March 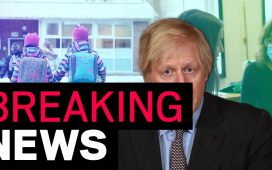 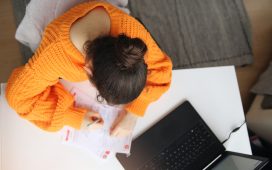