Can you break a car window to save a dog or child from a hot car during the heatwave? What you're legally allowed to do


Britain spends ages complaining about the rain and cold – then as soon as the temperature rises, we have a whole new set of issues.

Yes, there are ice creams in the park, BBQs and your favourite summer outfits. But there may also be sleepless nights , concern over preventing your little ones from over-heating, sunburn, sunstroke, dehydration and a general sense of irritability.

And let’s face it, if us adults struggle when the mercury hits the thirties, what must it be like for our pets and little ones?

Many dogs in particular tragically succumb to heat-related deaths during the summer months, and many go unreported, meaning there’s no number for how widespread this problem is.

And although it’s rare there are cases of young children being left in cars and dying due to the heat, too.

According to the RSPCA , even parking in the shade with the window slightly open can result in death.

“When it’s 22 degrees, in a car it can reach an unbearable 47 degrees within the hour.”

So if you see a dog or child shut in a car during the summer months – especially if it looks as if it’s ailing – you might be tempted to release it, possibly by smashing a window.

But is this legal, or will it land you in trouble with the car owner?

As the Somerset Live report, in an emergency, your first course of action should be to call the police, THEN the RSPCA if it’s a dog.

Without the police in attendance, the RSPCA have no powers of entry.

If the situation seems as if it’s becoming critical (the animal is drooling heavily, lethargic, uncoordinated, collapsed or vomiting) and the police can’t attend, your instinct may be to smash the window.

Be aware, however, this may be classed as criminal damage .

“Make sure you tell the police of your intentions and take photos or footage of the dog as well as names and numbers of witnesses.

“The law states that you have a lawful excuse to commit damage if you believe that the owner of the property that you damage would consent to the damage if they knew the circumstances.” 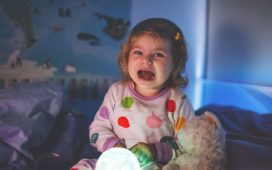 ‘Very good for tourists’: Thailand aims for high season with U-turn on cannabis