NEWSCABAL
Home » Can the Wuling Mini EV live up uo the hype created around it?
auto

Can the Wuling Mini EV live up uo the hype created around it?


Back in April, we reported that the Wuling Hongguang Mini EV had sold over 230,000 units since it was launched (the number is definitely higher now). It has clearly filled a void in the Chinese electric vehicle market, being an extremely affordable, entry level offering that is still a real car (albeit an extremely small one).

Its price, which is equivalent to around £3,300, is obviously the main draw for buyers, but according to this review by Fully Charged, there’s actually more to it than just how cheap it is to buy. The Wuling Mini EV has a 17.4 bhp (13 kW) electric motor driving the rear wheels and it can be had with either a 9.2 kWh battery or a larger 13.8 kWh pack; the latter gives it an NEDC range of 170 km / 110 miles.

Size-wise, it is slightly bigger than a first-gen Smart ForTwo, except for its overall width, which is 23 millimetres lower than the Smart’s. It weighs 665 kg (1,466 pounds) and it can also be had as a convertible, as well as in various special editions and trims.

What is it like as a car? Well, this review has found to be a simple, boxy thing that is sensibly engineered, fairly practical and quite well thought out. No, you can’t really fit actual people in the super-cramped back seat and it’s not very safe, but it is the right vehicle launched at the right time to boost EV adoption (not just in China).

The reviewer deems it a fantastic car, for what it is, obviously. It is deemed a recommendable buy, as long as you can live with the very cheap feeling interior and you don’t want any kind of serious performance from your EV. 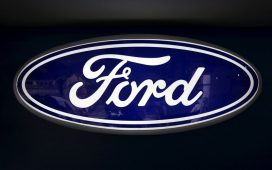