NEWSCABAL > africa > CAN tackles NSCIA over judicial appointments, others
africa

Christian Association of Nigeria (CAN) has accused the Nigerian Supreme Council for Islamic Affairs (NSCIA) of being myopic in its observation and analysis of event in Nigeria.

It said NSCIA has taken pleasure in “feeding” Nigerians falsehood and several incitements instead of speaking truth to the government on the deplorable state of the nation.

This was in response to NSCIA’s recent statement in which it used some unprintable names to describe CAN’s position on the shortlisting of 20 Justices-designate by the Federal Judicial Service Commission (FJSC) and other national issues.  CAN General Secretary, Joseph Daramola, in a statement, yesterday, claimed NSCIA was being economical with the truth when it picked an example of just one arm of government (judiciary) without addressing the totality of fundamental questions on all the arms of government.

It said: “The NSCIA obviously evaded those troubling issues that are well known, not only to Nigerians but members of the international community. Those knotty issues that have pushed our country on the edge of precipice. It has unwittingly exposed itself as a promoter of bad governance, divisiveness and injustice in Nigeria under the Buhari administration.

“Interestingly, there was never a time when CAN ever attacked or made veiled reference to NSCIA over the obvious lopsided appointments in the country. Rather, CAN’s concern has always been directed to Federal Government as a concerned non-governmental group but NSCIA as an underdog of Government rather took it upon itself to speak for the Government.

“We are disappointed with NSCIA for the abysmal and tragic condescension knowing that the Council is made up of eminent and highly respected personalities. We will not join them in the mudslinging. We choose maturity, candour, moderation and objectivity over parochialism and fundamentalism because we have the facts and figures which the entire world knows.”

CAN maintained that it did not have hatred for Islam and Muslims or whatsoever as claimed by NSCIA in its earlier statement, describing it as highest degree of cheap blackmail for any individual or group to have made such puerile and empty claim.

CAN said: “In the past when Muslim leaders in the country were under unjustifiable attack, we spoke against it.  Two good examples were the then continued incarceration of the former National Security Adviser, Col. Sambo Dasuki and the leader of Islamic Movement in Nigeria, Ibrahim Yaqoub El Zakzaky, despite the court’s rulings. CAN was among the potent voices calling for their release.

“Similarly, whenever terrorists or bandits attacked any Muslim community or mosque, CAN always come out publicly to speak against it. But CAN has never seen NSCIA reciprocating that whenever their brethren attacked Christians or predominantly Christian communities or churches. Who hates who in this context?”

CAN, however, maintained its earlier position of lopsidedness in political appointments since the coming of President Muhammadu Buhari in 2015.

“We dare either the Federal Government or its self-appointed spokespersons, NSCIA, to publish names, state of origin and religions of the appointments by President Buhari into the following offices since 2015 to date, particularly the Ministers of Defence, Police Affairs and Interior, the National Security Advisers (NSA), the Inspectors-General of Police, Director-Generals of the Security Service, National Intelligence Agency (NIA), Defence Intelligence Agency (DIA); Chairmen, Economic and Financial Crimes Commission (EFCC); the Director-General, National Emergency Management Agency (NEMA).  Others are the Comptrollers-Generals, Nigerian Customs Service, Nigerian Immigration Service, Nigerian Correctional Service, Federal Fire Service, and Commandant-General, Nigeria Security and Civil Defence Corps (NSCDC) and Corps Marshal, Federal Road Safety Corps (FRSC). Out of all these, maybe only one or two are Christians and from the South. The Accountant-General of the Federation, all heads of the agencies and parastatals.

“The whole world will then know the agent of falsehood and character assassination between CAN and NSCIA. We have observed that the grand plan of subtle Islamisation is to make a Muslim the head of every key board, committee, parastatal and put Christians under without much influence in the decision-making process in the establishment, irrespective of their number.

“Let the whole nation know that it would be difficult for us to do pilgrimage together as a nation if this type of injustice and favouritism continues. Under President Buhari, Christians have become endangered species and lives have been lost to terrorists. The murderous suspected terrorists, herdsmen and bandits were hitherto targeting pastors and predominantly Christian communities until a while ago when it became an attack on anyone.

“We are totally disappointed that NSCIA was too busy to call their children to order. A CAN Chairman was abducted and murdered in Adamawa state, till date, NSCIA has not console or react proportionately. We call on the leadership of NSCIA to borrow a leaf from CAN.

“Howbeit, we have no reason to attack or criticize them but to objectively criticize the Federal Government that presently rules the country as if we are no longer a multi-ethnic and multi-religious nation whose leaders are expected to lead in strict adherence to the constitution and with respect for fundamental human rights of all citizens, decency, good conscience and fear of God.”

CAN maintained that it is a peace-loving Association that believes in dialogue and negotiation rather than verbal war in the media as done by the NSCIA in its recent publication. 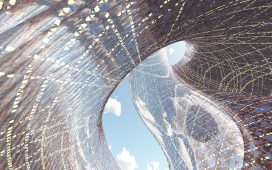 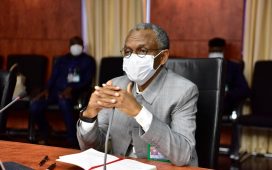 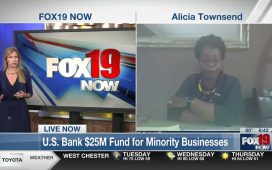 $25M US Bank “Access Fund” for microbusinesses, owned by women of color