Monkeypox continues to plague the world with new cases reported almost daily. The virus, as the name suggests, originates from animals, but what does that mean for our pets?

Monkeypox cases are on the rise in the UK, with 78 confirmed infections since the start of May 2022.

Virologist Dr Amr Bayoumy, spoke exclusively with the Mirror to discuss how the disease is transmitted, and whether we should be worried about it spreading to our dogs and cats.

Dr Bayoumy of Coventry University began by reassuring that monkeypox is not another Covid.

“The spread of monkeypox from infected individuals to another person is through prolonged contact,” he told us.

“This is via mucous membranes, lesions, open cuts or wounds or certain materials such as bedding, towels or clothes.”

Discussing the history of the disease, Dr Bayoumy revealed that the virus never began with monkeys, but rather in rodents.

He explained it was later called monkeypox when it was isolated in a lab on monkeys, and that’s how the name came about.

The monkeypox virus causes crusty lesions to appear on the skin
(

Can dogs and cats get monkeypox?

In short, pet owners have little to worry about as it’s unlikely you could pass on the monkeypox infection to your cats and dogs.

“Since [monkeypox was first recorded], there have been periodic outbreaks of the disease in Africa and in USA in 2003,” said the expert.

“In the case of the American outbreak, infected prairie dogs and squirrels were the cause with experts still unsure as to how the squirrels were originally infected.”

But infection among pet dogs and cats is unlikely.

“We need more monitoring but for now there have been no reported cases of dogs or cats being infected,” he added.

“Big rodents can be susceptible to monkeypox, however.”

When asked why some animals may be more susceptible to others, Dr Bayoumy said: “The disease requires specific receptors found in certain animals organisms making them either more or less susceptible.”

Who is at risk from monkeypox?

Tests are ongoing into the recent outbreak of monkeypox
(

Dr Bayoumy warned those most at risk of monkeypox include children and younger people, healthcare workers or those with compromised immune systems, such as those  living with HIV.

“Fatality for monkeypox is around 3-6% and may be higher among children,” the virologist explained.

“Also, people aged under 40 years may not have been vaccinated with the smallpox vaccine when younger, making them more at risk.”

Smallpox was eradicated in 1980 after a vaccine programme run by the World Health Organisation (WHO). The vaccine was stopped after smallpox was declared extinct.

Countries where monkeypox confirmed as worldwide cases near 100 after outbreaks

“Skin eruption will occur within one to three days after the fever.”

Dr Bayoumy stressed that monkeypox is not a sexually transmitted virus and can be spread through prolonged contact, which doesn’t always mean sexual contact.

For those concerned about any pet animals, PetMD.com recommends keeping kennels clean and hygienic at all times.

The site also says to clean your dog regularly and to stop your dog coming into contact with faeces.

Public Health England recommends keeping away from pets when self-isolating and to wash your hands in between any contact.

Monkeypox is not a gay disease and should not be compare to HIV, top TV doctor says 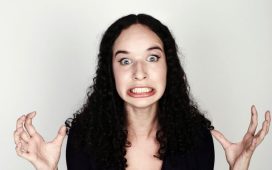 Being hungry can influence our emotions and increase irritability, study finds 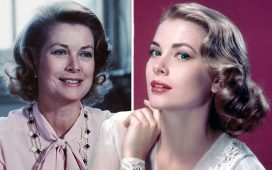 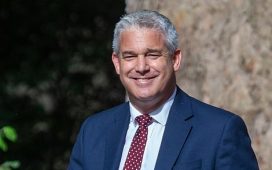 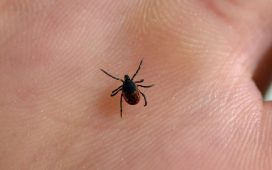 Lyme disease: Why it’s on the rise and how to protect yourself 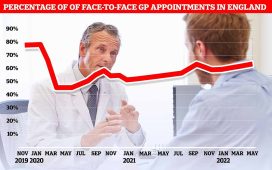 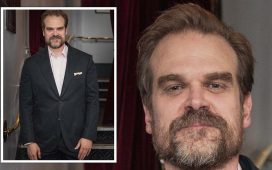