Tehran, Iran – Ebrahim Raisi, who will be sworn in on Thursday as Iran’s eighth president, inherits a troubled economy whose fate has been intertwined with political upheavals.

The “revolutionary” government he’s promised to form has a Herculean task ahead to fix an economy that suffers from a toxic mix of United States sanctions, the COVID-19 pandemic, and structural issues that have taken hold after decades of mismanagement.

One inescapable economic hardship that increasingly makes everyday life more difficult for Iranians is inflation, which many Iranian economists and analysts expect to remain above 40 percent at least until later this year.

This is while the central bank had set a target of 22 percent for annual inflation for both the previous and the current Iranian calendar year, which ends in March 2022.

“Unfortunately, today we are on the brink of a severe and uncontrollable inflationary situation,” economist Masoud Nili warned in a meeting of economists with Raisi in early July, according to a government press release.

According to a report by the labour ministry, food inflation crossed the “crisis” threshold in the month ending June 21, with over two-thirds of staples like meat, rice and fruits seeing an average annual price hike of at least 24 percent.

Other food essentials have exceeded even that, with prices of butter, chicken and liquid oil skyrocketing by 121 percent, 118 percent, and 89 percent in the past year, respectively.

Global food prices have spiked this year as economies scale back COVID-19 restrictions and reopen for business, triggering supply bottlenecks.

But that has only exacerbated Iran’s inflationary problems that predate the pandemic.

A lightning-fast increase in money supply has been the main culprit driving the devaluation of the Iranian rial, especially as US sanctions blocked the country’s access to its own currency reserves outside the country.

US sanctions have also effectively cut Iran out of the global economy, slashing oil revenues and incomes. As the administration of former US President Donald Trump barraged Iran with one blacklisting after another, the cash-strapped government of former President Hassan Rouhani kept leaning on a dependent central bank to print more money.

Since 2018, when the Trump administration unilaterally abandoned Iran’s 2015 nuclear deal with world powers and embarked on a maximum pressure campaign to hobble the country’s economy, Iranian officials have promised to introduce “structural reforms” to wean the country’s overstretched budget off of oil revenues.

But even as the government was accused of shoring up its finances by encouraging ordinary Iranians to jump into a stock market bubble that burst, it still faced a massive budget deficit that is believed to reach as high as 3 quadrillion rials ($12bn) for the current fiscal year ending March 2022.

Meanwhile, the unemployment rate for all workers was 9.6 percent for the calendar year that ended in March, according to the central bank, and 16.7 percent for youths aged 18 to 35.

Inflation, as well as inequality, corruption and housing were all issues that surfaced during televised presidential debates in June.

Raisi promised to build four million homes in four years to alleviate a housing crunch, overhaul the outdated banking system, create one million jobs annually, and slash inflation by half before gradually bringing it down to single digits.

His predecessors made similar promises, on which they largely failed to deliver.

Iran says by relying on its “resistance economy” doctrine of boosting local production, it has largely weathered the storm of US sanctions and the deadliest pandemic in the Middle East.

The central bank claims the economy grew by 3.6 percent during the previous calendar year ending in late March.

But even the country’s hardliners who spent years bashing the nuclear deal as an abject failure have said it must be restored to lift US sanctions.

Raisi has also promised to form a “strong” government that would be able to exact concessions from the West during talks over the Joint Comprehensive Plan of Action (JCPOA), as the nuclear deal is formally known, and lift US sanctions for good.

But even if the nuclear deal is revived with little or no changes to its original text, economist Meysam Hashemkhani says the immediate impact on the economy would be modest.

“The whole world witnessed Trump’s withdrawal from the JCPOA and would consider the risk of something like that happening again in dealing with Iran,” he told Al Jazeera.

“Even if they might have thought Trump was wrong, they saw what happened. So now the JCPOA must remain stable for a few years for others to believe it’s sustainable.”

In the short term though, Hashemkhani believes a full restoration of the nuclear deal can prevent some further harm to the country, and especially its beleaguered private sector businesses that have faced a myriad of challenges, including but not limited to money transfer issues.

The government could sell more oil, but Hashemkhani said he’s not optimistic that would translate into a major improvement for the oil-dependent economy, which has been dealing with similar structural issues for decades.

In the long run, he said Iran should capitalise on opportunities presented by the restoration of the nuclear deal by inoculating itself against the potential for it to fall apart again.

“Iran has to reach strategic alliances with countries in the region in the form of long-term trade agreements lasting at least 15 years,” he said.

Through these agreements, and boosting tourism and investment deals, regional interests would become so intertwined that the US would have to think twice before considering reneging on the JCPOA again, he added.

Hashemkhani also believes resolving long-standing issues like budget deficits and inflation are not tied to sanctions, and can be remedied through policy changes like abolishing the artificial currency rate for imports and similar measures that encourage rent-seeking activities and waste billions each year.

He said neighbours Iraq and Afghanistan, for instance, have faced larger crises and constant instability but have maintained single-digit inflation.

“In contrast,” he said, “inflation in Iran stood at an average of 15 percent during the three years the JCPOA was in effect.” 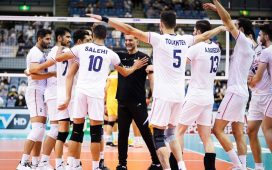 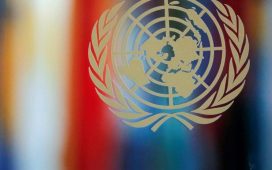 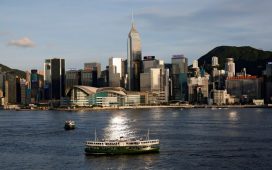 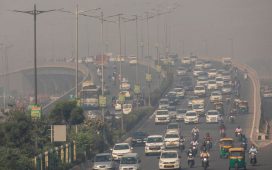 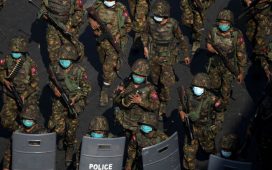