NEWSCABAL
Home » Can imposter syndrome ever be valid?
lifestyle

Can imposter syndrome ever be valid?


It’s easy to listen to the voice in your head.

‘You shouldn’t be here.’

‘You are two minutes away from being fired.’

The lies we tell ourselves can quickly become truths, and the supposed fraud takes hold.

In most cases, this feeling is a classic manifestation of imposter syndrome.

Imposter syndrome, also known as perceived fraudulence, involves feelings of self-doubt and personal incompetence in areas of your life. Most commonly, it is related to education, experience, and accomplishments.

In turn, to make these feelings lessen, a person can work harder and have high standards for themselves, increasing pressure and anxiety.

The term was first coined in 1978 by two therapists, Pauline Clance and Suzanne Imes, who noticed a troubling pattern among their female clients. While these women were extremely smart and capable, they were plagued with doubt and felt they hadn’t earned their success.

Subsequently, they imagined they couldn’t accomplish the things others expected of them and that someone was soon to catch them out.

Depressingly, imposter syndrome is more prevalent in today’s world than ever before. We have a skewed view of others because of our increased social media presence. We create preconceived notions of no value from a simple photo online, and our capacity to compare and contrast lives continues to grow.

So, it’s no wonder that imposter syndrome takes hold and distorts our self-image.

However, a recent take on Twitter piqued the interest and fears of many.

For those who often feel like imposters, it wasn’t an easy pill to swallow. Replies varied from panic to defensiveness to agreement.

But is the Tweeter correct?

Are there times when, instead of trying to make you feel like s**t, imposter syndrome is trying to warn you of fact?

According to Harley Street Performance Specialist and Therapist Olivia James, imposter syndrome is always trying to protect you. Still, it is up to you to decipher what is true and false.

She notes the most common example of this is in work situations, particularly when interviewing or new to a role.

‘Imposter syndrome is trying to stop you from making a fool of yourself. You must determine whether your feelings are based on reality. What is your skill set, what experience and qualifications do you have?

‘There’s a vast difference between feeling nervous and being entirely out of your depth.’

She continues: ‘There’s also a difference between your competence and your confidence. Ideally, they should match. We see leaders in business and politics who vastly overestimate their competence, and they are overconfident.

‘This means there are definitely times when imposter feelings are valid. Those who should think twice about roles they have no qualifications for are often grandiose or entitled. It wouldn’t even occur to them that their skillset isn’t a good fit.

‘So, objective reality is huge. A talk with a supportive friend or colleague can help you get things into perspective.’

Lauren Paton, a coach, mentor, and founder of Unleashed Coaching + Reprogramming says we need to acknowledge and trust the existence of feeling like a fraud.

‘If it exists, it’s because there’s a reason we have that feeling of not belonging,’ she says. ‘As well as the fear of what will happen if people find out.

‘While it’s rarely true, that doesn’t mean it isn’t real, and we should trust that we need to do the work to banish it.’

Meanwhile, Lauren says the feeling is more common in certain situations and it may merit the validity of a broader issue that is adding to the perceived fraud.

‘It’s more likely to occur when you feel different to those who are succeeding,’ she says. ‘For example, if you’re the only woman in a male-dominated environment, and if you’re a woman of colour in a majority white and male environment, it’s even more likely.

‘Those who experience it can live it in different ways, at other times and scales, so we need to learn the methods that work for us to get through it. But we need to remember that it can impact people from ethnically diverse backgrounds in very different ways to those of white heritage. The associated impact and feeling of fear around exclusion can be more significant.

‘So, if you’re feeling impostor syndrome because your environment isn’t diverse or inclusive enough, this makes it a business-wide problem to solve and will need to be addressed.’

If you sense your feelings of incompetence are fictitious, however, Olivia advises to change how you approach the supposed affliction.

‘Pauline Clance, who coined the term imposter syndrome now wishes she’s called it the imposter experience,’ she notes. ‘Telling people they have a ‘syndrome’ pathologises a natural human experience.

‘Imposter feelings happen to most right-thinking people. If you have any kind of level of responsibility, then you do want to make sure that you are qualified and competent to take on the task.

‘Being conscientious is an asset, but not to the point where you feel too paralysed to contribute.

‘So you have the right qualifications but you’re nervous?

‘That’s completely understandable and with the right support, you should be fine.’


MORE : Social anxiety had taken over my life – taking a leap of faith saved me


MORE : Is a four-day work week really the answer to tackling burnout? 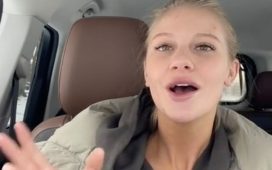 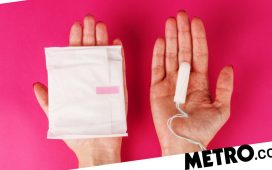 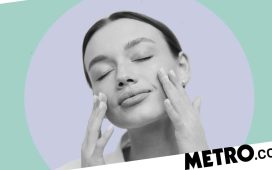 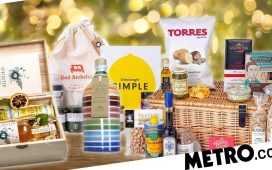