This is the third part of an FT series asking whether Boris Johnson is pursuing reforms that will change the face of Britain. Follow UK politics & policy with myFT to be alerted when new articles are published.

About £3bn of investment by the public and private sectors has made the 700-acre campus in rural Oxfordshire a powerhouse of research and development in space, clean energy, quantum computing and life sciences.

The latest addition to the campus is the UK Vaccines Manufacturing and Innovation Centre, a university-industry collaboration supported by £196m of government funding to promote growth of the UK vaccines industry.

But the pandemic has also shown up some British shortcomings, including a lack of manufacturing capacity in vaccines and other high-tech areas.

“The UK research base already makes us a science superpower but this is not sufficient,” said Sir Jim McDonald, president of the Royal Academy of Engineering, the country’s leading professional body for engineers. “We need to transfer that strength into technology, engineering and high-value manufacturing. With a virtuous circle of growth between the research base and industry, Britain can become a superpower in science, technology and innovation.”

Judging by Johnson’s rhetoric — and his delight in donning a white coat and visiting laboratories at Harwell and elsewhere — he is more enthusiastic about science and technology than any UK prime minister for half a century.

“We want the UK to regain its status as a science superpower, and in so doing to level up,” Johnson wrote in June, as he referred to his flagship initiative to narrow regional inequalities. “The UK has so many of the necessary ingredients: the academic base, a culture of innovation, the amazing data resource of the NHS, the capital markets.”

The government’s spending targets seek to end the UK’s position as a G7 laggard: public investment in R&D is meant to rise from £14.9bn this year to £22bn in 2024-25. Total UK R&D spending by the public and private sectors is due to increase from 1.7 per cent of gross domestic product today to 2.4 per cent — the average for industrialised countries — by 2027.

And the government’s innovation strategy, published in July, gave an insight into ministers’ focus on industries of the future and where they want to harness scientific prowess.

Some of these technologies will be pursued by the Advanced Research and Invention Agency, a new public body outside the existing government framework that will fund high-risk, high-reward projects. It was the brainchild of Dominic Cummings, Johnson’s former chief adviser.

Although Aria’s initial budget of £800m over four years is a small fraction of total UK R&D spending, the agency is expected to bring a bolder approach to science in Britain — modelled on the US Advanced Research Projects Agency and its successors, particularly the Pentagon’s Darpa.

Recruitment of Aria’s chief executive and the chair of its board is under way.

“What Aria will do is very open,” said Sir Patrick Vallance, the government’s chief scientific adviser. “A lot will depend on the first chief executive and what he or she thinks are the right areas to go after. The challenge is to give the director enough independence and empowerment to be imaginative and brave. And don’t overload it with bureaucracy that inevitably draws everything back to conservatism.”

While Vallance has been very visible during the pandemic leading Britain’s scientific fight against Covid-19, he has also been busy strengthening the Government Office for Science, which he heads within the Department for Business, Energy and Industrial Strategy.

Feeding into the council is a new Office for Science and Technology Strategy, which includes a “science insight” function to “give us an objective way of looking at our position in different fields”, added Vallance.

Fields are due to be divided into three categories. Top priority will be technologies that the UK should “own”, with full capability from early research through development to production. Next comes “collaborate”, with some activity in the UK and some elsewhere. Finally there will be “access”, where everything is bought in from abroad. “We can’t be good at everything,” said Vallance.

But leading UK scientists expressed considerable doubts about whether and how the government’s funding ambitions for the sector could be achieved.

Several saw the budget cut imposed this year on UK Research and Innovation, the government’s main R&D funding agency, as a bad sign. In 2021-22 UKRI will spend £7.9bn, £700m less than last year.

The biggest single reason why UKRI’s budget will fall this year was the government’s decision in March to slash spending on overseas development assistance.

“The ODA cuts had a particularly large effect on research, which sits very uneasily with the ‘science superpower’ rhetoric,” said Sir Adrian Smith, president of the Royal Society, Britain’s senior scientific body. “Research needs sustained long-term investment so that everyone can plan ahead.”

Researchers are looking for a clear path towards £22bn of public R&D investment by 2024-25 in chancellor Rishi Sunak’s spending review, due to be unveiled next month, although they recognise there is a ferocious fight for funds in Whitehall following the pandemic.

“We could end up with a [spending] settlement which at the headline level will be trumpeted as the biggest investment in science for a generation but which doesn’t feel like it for researchers in universities,” said James Wilsdon, professor of research policy at Sheffield university. “University-based research is going to have a very slow rate of increase.”

British universities receive a larger share of government science funding than in most other countries, where companies and specialised research institutes are relatively more prominent.

Sir Paul Nurse, director of the Francis Crick Institute, a biomedical research centre, is reviewing “the landscape of UK organisations undertaking all forms of research, development and innovation” at the government’s request.

“If we’re going to get to [total UK R&D spending worth] 2.4 per cent of GDP by 2027, two-thirds of the growth will have to come from private investment,” said McDonald.

One important way of encouraging R&D in the private sector is through tax credits, with different schemes for small and large companies that together are worth more than £5bn a year to industry.

HM Revenue & Customs is reviewing the future of these incentives. Although there has been some academic criticism of their efficiency as a stimulus to R&D, industry generally favours their expansion.

“We went through some tough years and without R&D tax credits we would not have survived,” said John Dawson, chief executive of Oxford BioMedica, one of the UK’s oldest biotechnology companies, which played an important role in developing the AstraZeneca Covid-19 vaccine. “They can make the difference between success and failure.”

Another way in which the government encourages corporate R&D is by helping science-based companies to collaborate with one another and with universities, particularly by nurturing research campuses such as Harwell.

“The research campus movement is proceeding and working very well in the UK,” said Simon Cook, interim director of the Babraham Institute.

Can Boris Johnson change the face of Britain?

With Johnson seeking to be in power for a decade, the FT is examining whether he is pursuing reforms that will have a lasting impact on the UK.

Part 1 Can Johnson turn his levelling up slogan into a substantial set of domestic reforms?

Part 2 Will the plan to provide skills for workers through an overhaul of further education succeed?

Part 3 What does the proposal to turn Britain into a “science superpower” mean in practice?

Part 4 Does Johnson have a detailed plan to put the UK on a course to net zero emissions?

Part 5 What does the reform of immigration rules mean for business and the economy?

But if Johnson wants science to help level up the UK by narrowing regional inequalities, he needs to channel more R&D spending outside the “golden triangle” extending between London, Oxford and Cambridge.

Currently, 52 per cent of spending by government and universities goes to the east and south-east of England including London — home to 36 per cent of the UK population.

Examples of research campuses beginning to emerge successfully outside the south-east include Glasgow City Innovation District, and Sci-Tech Daresbury and Alderley Park in Cheshire.

Such developments highlight the building blocks that are falling into place to turn the UK into a true science superpower. Much depends now on hitting the government’s spending targets for the sector.

George Freeman, appointed science minister in Johnson’s ministerial reshuffle this month, said: “Increasing public expenditure on R&D to £22bn is a cornerstone of our overall commitment to increase total R&D spending to 2.4 per cent of GDP.”

Sarah Main, chief executive of the Campaign for Science and Engineering, an independent research advocacy organisation, said the government was on the right track.

“Boris Johnson has the right ingredients in place to strengthen Britain’s position as a science superpower,” she added. “If the government provides leadership and enough funding to pull them together, he can achieve his ambition.”

With China and U.S. talks, Seoul tries to push forward on North Korea

McDonald’s and Burger King launch discounts – including a double quarter pounder with cheese for £1.99 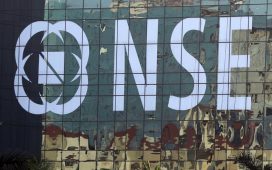 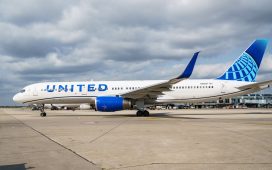 United to resume US flights from Edinburgh in 2022 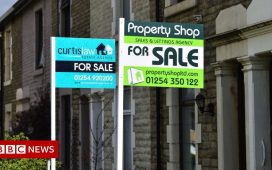