Caitlyn Jenner has revealed she’s closer to his youngest child Kylie than her other nine children.

In a new interview, the former Olympian, 71, reflected on their tight relationship as she shared the pair often enjoy weekly catch-ups over dinner. 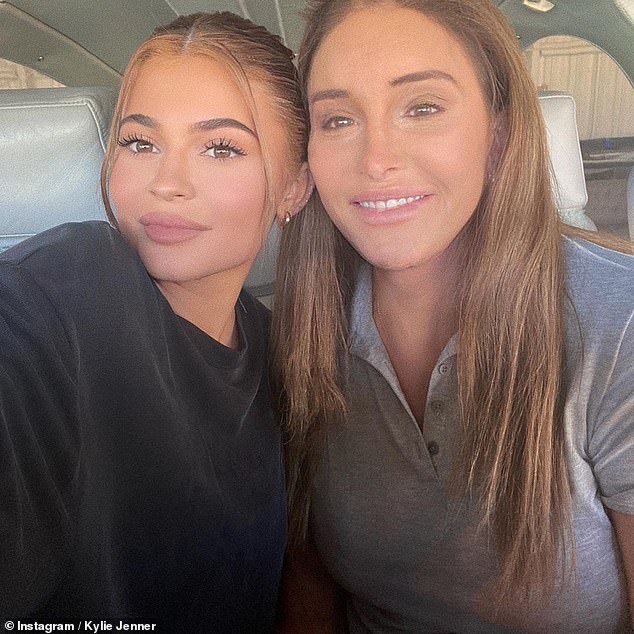 ‘She’s an open book’: Caitlyn Jenner has revealed she’s closer to his youngest child Kylie than her other nine children

KUWTK personality Caitlyn touched on her close bond with the businesswoman – who she described as an ‘open book’ – during this week’s Dear Media’s The Skinny Confidential Him & Her podcast with hosts Lauryn Evarts and Michael Bosstick.

The retired decathlete shared: ‘Kendall’s off kind of doing her thing, and Kylie, like, I had dinner last night at Kylie’s house. We try to do that once a week, once every two weeks.

‘I go over there and she always has these great meals — prepared, she doesn’t do them. … But they’re so good! It’s better than a restaurant.’

The sportswoman added that her live-in gal pal Sophia Hutchins and the mother-of-one – who shares daughter Stormi, two, with rapper Travis Scott – also ‘get along very well’. 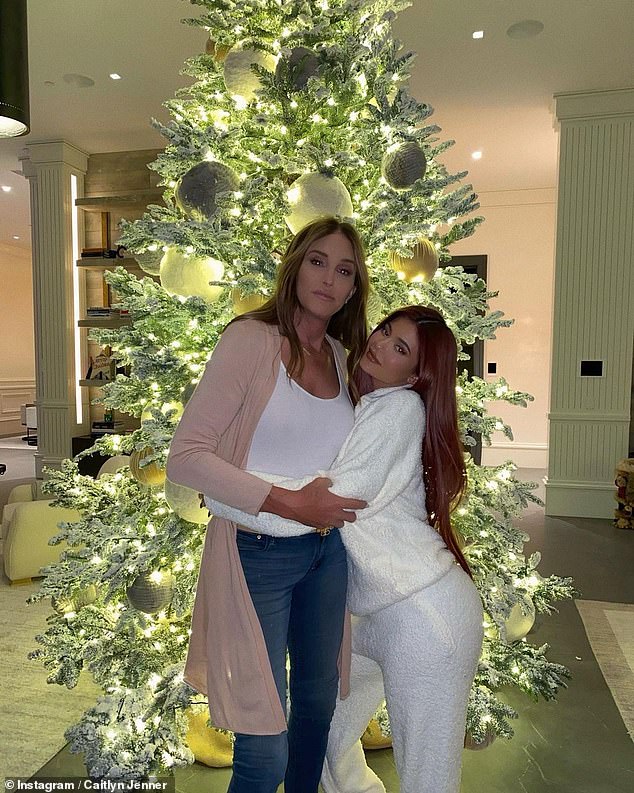 ‘She’s the exception to the rule’: In a new interview, the former Olympian, 71, reflected on their tight relationship as she shared the pair often enjoy weekly catch-ups over dinner 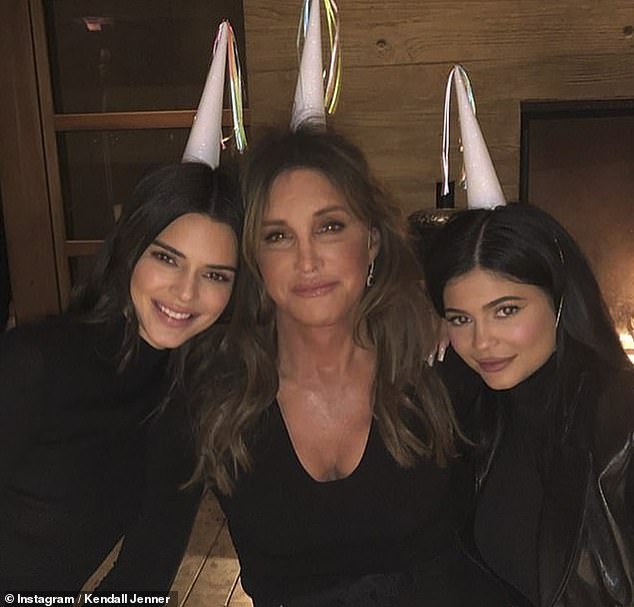 ‘We still very close, but it’s kind of harder to figure out’: The former KUWTK personality compared Kylie to ‘secretive’ supermodel Kendall, 25

Transgender Caitlyn elaborated: ‘So [it’s] Sophia, Kylie and myself, just three of us, nobody around … just in the house — she has some beautiful homes.

‘[We] just have a glass of wine and talk about stuff and this and that. And so from that standpoint, we’re a lot closer. Kylie is just the exception to the rule. I mean, she’s just — all the stars came together.’

The I Am Cait star went on to compare herself to supermodel Kendall as she added: ‘Kendall’s not that — she’s always very kind of a little bit more secretive. We’re still very close, but it’s kind of harder to figure out, where Kylie’s more of an open book. 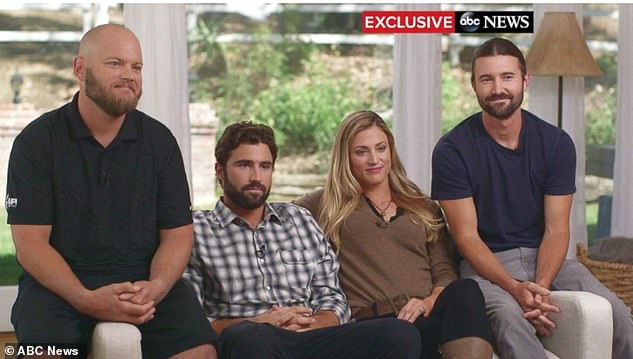 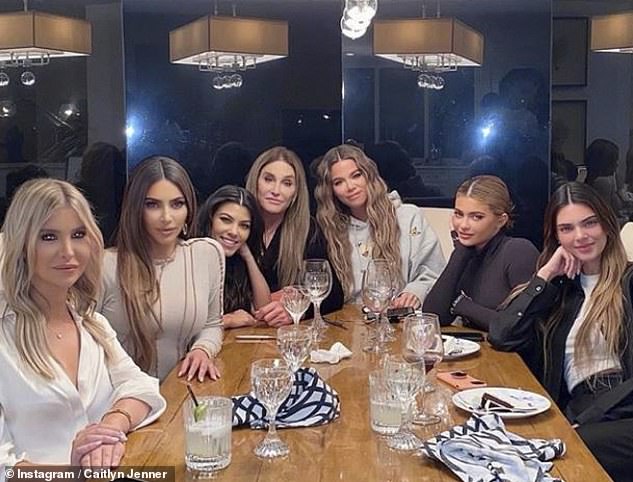 ‘She’s very athletic. We kind of both had the same attitude towards life. I get along very well with the two of them, but Kylie and I just seem to be closer most of the time.’

Caitlyn – who is the stepparent of Kris’ children Kourtney, 41, Kim, 40, Khloe, 36, and Rob, 43 – also joked her favourite child ‘depends on the day’, and admitted she still gets lonely, despite boasting a huge family.

The Graceland University alum shared: ‘I had six biological, four step. It’s a lot of children. [And] 18 grandchildren. It’s kind of just which one’s on my good side!

‘With all my kids, I’m just very blessed. All my kids are great and they’ve all grown up to have their own lives. Now, sometimes, it gets a little tough when you’re sitting at the house, Friday night, and Sophia’s gone or whatever.

‘And you’re sitting there going, ‘Wait a second. I’ve got 10 kids. I’ve got 18 grandchildren. I’m sitting here all by myself!’

‘Nobody’s called, and you’re looking at your phone, and shouldn’t somebody be calling me, you know? What, they all have their own lives? Yeah. Well, every parent deals with that. It’s nothing new.’ 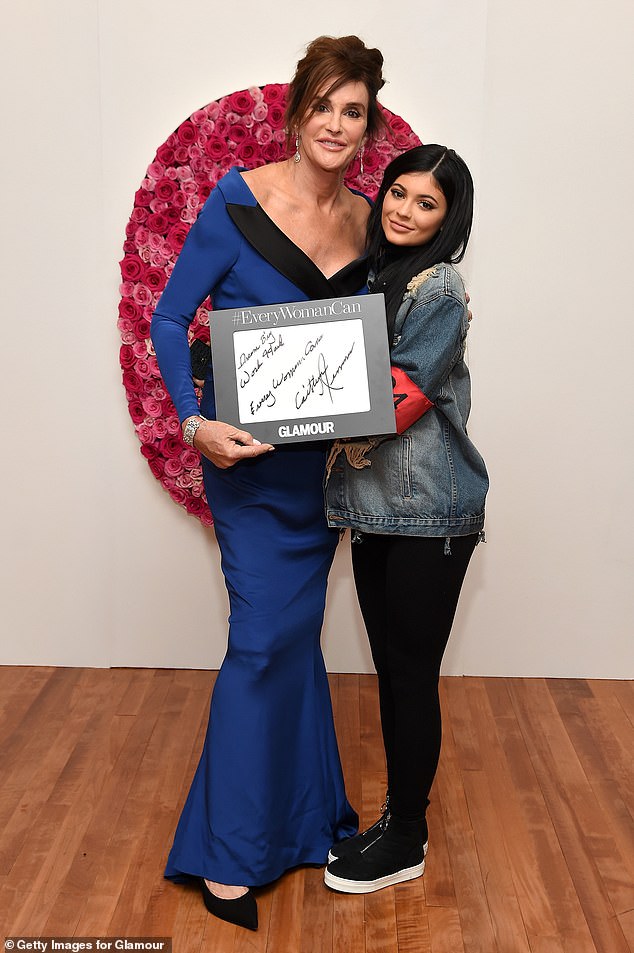 In her element: The Graceland University alum announced her transition on the July 2015 cover of Vanity Fair (pictured with Kylie in 2015) 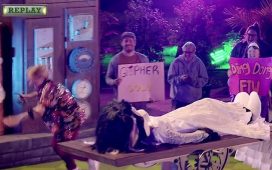 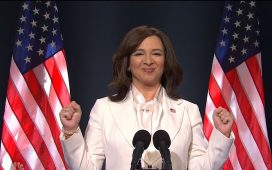 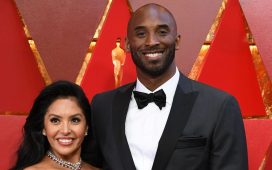 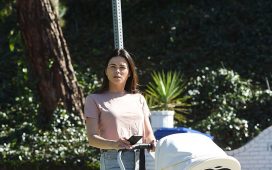 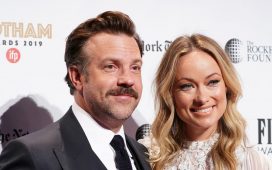