Business leaders have heaped pressure on the government to agree a last-minute Brexit trade deal after a survey showed that more than three-quarters backed an agreement with Brussels.

The CBI warned ministers that only 4% of company bosses from a survey of 648 said they supported a no deal Brexit, while 77% said they wanted a deal.

Businesses reported that the pace of decline in parts of industry had eased, but half of respondents said the impact of dealing with Covid-19 had negatively affected preparations for Brexit.

The study showed that private sector activity fell in the quarter to September, but at a slower pace, adding to concerns from the British Chambers of Commerce and Make UK, which represents manufacturers, that the recovery has stalled across much of the economy.

Carolyn Fairbairn, CBI director general, said: “Next week Brexit talks enter the 11th hour. Now must be the time for political leadership and the spirit of compromise to shine through on both sides. A deal can and must be made.

“Businesses face a hat-trick of unprecedented challenges – rebuilding from the first wave of Covid-19, dealing with the resurgence of the virus, and preparing for significant changes to the UK’s trading relationship with the EU.

“A good deal will provide the strongest possible foundation as countries build back from the pandemic. It would keep UK firms competitive by minimising red tape and extra costs, freeing much needed time and resources to overcome the difficult times ahead.”

The fall in private sector activity is expected to continue over the next three months, though at a slower pace, said the CBI. 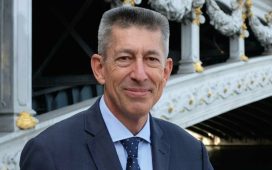 Has Interpol become the long arm of oppressive regimes? 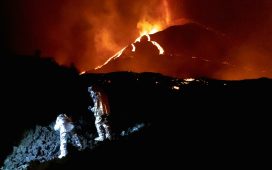 One month on, still 'no signs' that La Palma volcanic eruption will end soon