Industry figures are calling on EU leaders to urgently agree a Brexit “adjustment period” after negotiators left them with just three working days to prepare for the end of the Brexit transition period.

While big business including manufacturers and supermarkets have made Brexit preparations costing hundreds of millions of pounds, they say there is not enough time over Christmas to implement the newly agreed trading regime.

Stephen Phipson, the chief executive of Make UK, which represents manufacturers, welcomed the deal but said that “even without the pandemic it would be stretching credibility to believe the companies that export hundreds of billions of pounds worth of goods each year could adapt to a fundamentally different trading model in just one working week”.

He added: “It is in everyone’s interest for the UK and EU to jointly agree that with the legal start of this deal significant easements and an adjustment period, with review clauses if necessary, are vital.”

Business groups say it is impossible, even with a retinue of experts, to wade through the 2,000-page deal document and get systems ready for new customs, VAT and rules of origin that have not been seen since the single market eradicated trade barriers in 1993.

Mike Hawes, the head of the Society of Motor Manufacturing and Traders , one of the most vocal critics of a hard Brexit, said: “A phase-in period is critical to help businesses on both sides adapt, and efforts should now be sustained to ensure seamless implementation.”

The UK has said it will phase in customs and other controls on imports and industry and is now looking to the EU to mirror this on trade to the continent and Ireland.

British businesses trading with Northern Ireland have got a grace period to implement the special arrangements for the region that involve it following EU trading rules.

Jonathan Geldart, the director general of the Institute of Directors, said that while the clock had stopped ticking for on the negotiations, it had now started for businesses.

“Guidance on implementing the mammoth text is urgently needed across government. Digesting what the changes mean in practice and adapting, in the middle of a pandemic and the festive season while border disruptions continue, is a huge ask,” he said.

“However, there is now precious little time for businesses to adapt to the changes they will need to make and at a time when many are reeling from tier 4 restrictions. The UK government must provide as much support as possible to firms in the months ahead.”

Ireland to announce plans to lift most Covid restrictions 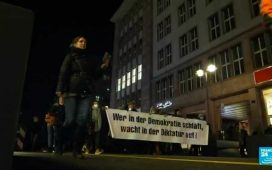 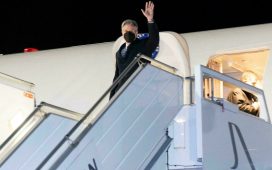 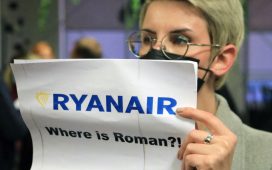