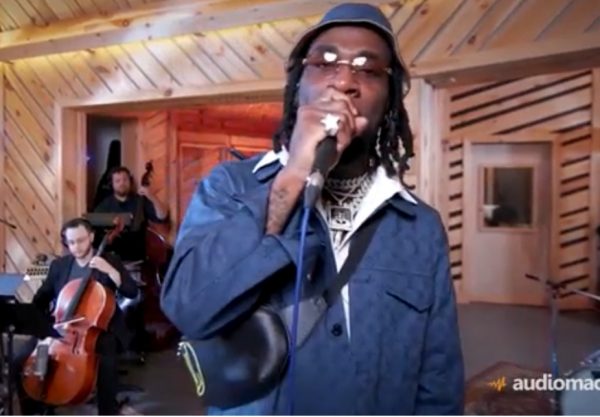 Burna Boy, the 28-year-old Nigerian rave of the moment on Sunday emerged winner of the 2019 Young Person of the Year Future Awards, 24 hours after he was crowned African Artiste of the Year.

The 2019 Grammy Award nominee, born as Damini Ogulu, got two awards as the Young Person of the Year and also the Prize for Music at the event held at the Balmoral Convention Centre, Federal Palace Hotel, Victoria Island in Lagos.

Other winners during the gala night are Future Prize for Agriculture that went to Uka Eje, the founder of the Thrive Agric, that has funded over 15, 000 farmers across Nigeria.

For the Future Award Prize for Media, Samuel Ajiboye clinched the gong as a young entrepreneur and a Country Manager, Alpha and Jam a company that has presence in four African countries. 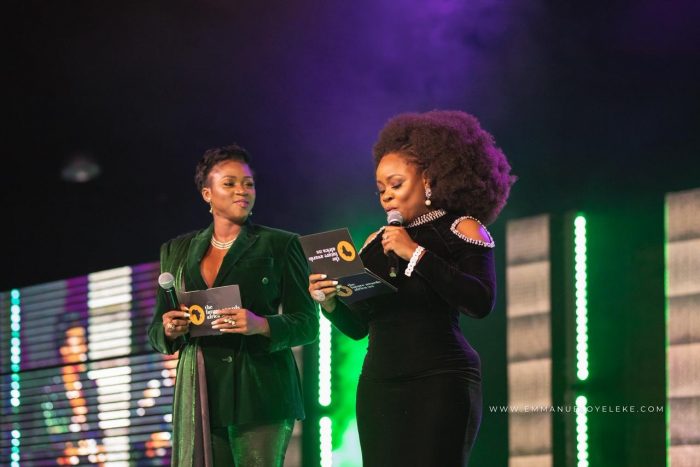 Waje and Omawumi announce one of the awards

The Future Award for Education went to Olaseni Cole, who runs an empowerment programme aimed at preparing and equipping children with skills within the tech-space. The project has impacted over 3,000 children in Lagos and Ogun.

The Prize for Technology went to Zang Luka Bot, the inventor of the Foot House, an interaction traditional mouse that allows people with upper limb disability to interface with the computer using their legs.

The Future Awards for Africa for Public Service was won by Adetola Onayemi, an international lawyer, the head, Trade Remedies/Assistant Trade and investment in the Office of the Vice President.

The Future Award Prize for Arts went to Ken Nwadiogu, a multidisciplinary artist and contemporealist. He founded the fast growing Artland Contemporary Ltd.

The Future Award for Acting was won by Tmini Egbuson, an actor in the MTV television series Shuga.

The Prize for Advocacy was won by 32 year-old Hamsat Lawal, who led a successful campaign in over 40 countries and specializes in practical issues related with Climate Change and others.

The Prize for Community Action was won by Isaac Success, the founder Dreams from the Slum (DFTS), an empowerment initiative to reduce high number of Out-of-School children in Nigeria.

The Prize for On Air Personality (OAP) was won by Simi Drey Adejumo, a broadcaster with Beat FM.

The Prize for Film Making was won by Dare Olaitan for his efforts in the blockbuster film, “Ojukokoro (Greed) and “Knockout Blessing’’. He also clinched the 15th Africa Movie Academy Awards (AMAA).

The Future Award for Photography was won by Tolani Alli, the personal photographer to the Vice President. She has featured on BBC News, World Press and other international media houses.

The Award for Journalism was won by Shola Lawal, a freelance journalist, covering social justice, development and Creativity.

The Future Awards Africa has been termed as the Nobel Prize for Young Africans and the most important youth awards by Forbes.

It is a set of prizes given annually to celebrate and accelerate innovation, creativity and enterprise amongst young Africans aged 18 to 31 and has produced over 150 winners and over 1,550 nominees since its first edition in 2006.

It is presented in conjunction with The Future Project, which has a mandate to build empowered citizens across Africa, through (inclusive) enterprise and (active) citizenship.

This focus on Human Capital Development is informed by our value proposition: Africa’s growth needs a generation of young people who are gainfully employed and able to demand and secure better leadership.

The Future Enterprise Support Scheme and The Future Awards Africa, described as ‘The Nobel Prize for Young Africans’.