Selling cigarettes to smugglers who pay jihadists to protect their convoys.

That’s the accusation leveled against the Burkina Faso representative of Phillip Morris International by the Organized Crime and Corruption Reporting Project, OCCRP.

In a February report, the Sarajevo-based group cited officials, rivals and former colleagues of Apollinaire Compaoré who accused him of indirectly funding terrorism by working with smugglers who carry not only cigarettes, but drugs and people into Mali, Niger, Nigeria and Libya.

It also accused Burkina Faso authorities and the Swiss American tobacco giant of being complicit in a vast smuggling operation centered around a warehouse in the northern town of Markoye.

“Indeed, we think Phillip Morris was aware of what he was doing,” Aisha Kehoe Down, OCCRP Investigative Journalist told VOA. “There’s also clear indications that parts of the Burkinabe state, including customs, were involved in the warehouse at Markoye. In fact, the customs officer we interviewed characterized it as a mafia at the top of the state.”

Burkina Faso’s customs department was not available to comment on the accusations against the agency or against Compaore, who also owns a major bank and telecom company.

In a written response, Phillip Morris said there is no evidence of wrongdoing by the company and no information indicating their products shipped to Burkina Faso were smuggled into neighboring countries.

But a 2019 U.N. report also found that a company owned by Compaoré supplied regional smugglers, says one of the report’s authors.

“He knowingly supplies those that traffic, and he must be aware of this because there’s no legal market for those cigarettes once he brings them to northern Burkina Faso,” said Ruben de Koning, United Nations Finance Expert.

In an exclusive interview for VOA, Compaoré refuted all these accusations.

He says the United Nations lied and that those who worked on the report for the U.N. are no longer employed by them.

One of the richest men in Burkina Faso, Compaore also dismissed claims in the OCCRP report that two of his companies have never paid taxes.

“Are they the director general of taxes?” he asked. He said they are all lying to harm him. “They are lies,” he insisted.

When asked if there is any evidence of Compaoré being involved in cigarette smuggling, Moumouni Lougue, the general manager of Burkina Faso’s tax department, cited confidentiality laws.

What is known, he said, is that the tax administration is very vigorous, very rigorous, and does not in any case let this type of fact pass it by without it going unpunished.

Whether or not authorities take action, the allegation that cigarette smuggling supports Sahel terrorism is not expected to go away any time soon.

See also  ANC in WC says party has credential to improve lives of poor people
Share on FacebookShare on TwitterShare on PinterestShare on Reddit
newscabalMay 28, 2021 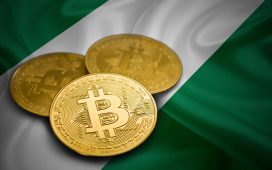