Jeremy Corbyn’s team were cheered by the weekend’s polls which showed voters seem prepared to punish the Conservatives for the internecine squabble over Brexit that has dominated the headlines.

They now plan to spend the next fortnight or so, before May’s deal comes before the Commons (if her own MPs allow her to get that far), explaining why they reject her approach.

And they will try to use every parliamentary tool at their disposal to make a no-deal Brexit impossible – in part to give comfort to those Labour MPs, including Caroline Flint and Gareth Snell, who are tempted to support the government’s deal for fear the only alternative is crashing out.

But Labour strategists are also conscious that “stop a Tory Brexit” is not a strong enough argument on its own.

Their plan involves voting down the deal and then trying to win over a majority in parliament for an alternative, Labour approach; but some of its own MPs fear it is not yet clear what that is – and whether it would be negotiable.

Like much of the debate, Corbyn’s objections to the deal in his Sky interview appeared to slide over the distinction between the whopping withdrawal agreement, due to be turned into a binding legal text, and the political declaration, which will be open to renegotiation after March.

The withdrawal agreement includes much that Labour has called for, including a status quo transition; and while they believe some details of the Irish backstop are troubling, it might be hard to object too vehemently if Dublin is content.

But on the political declaration, the details of which are yet to be filled out, they believe the government has rowed back drastically from its original ambitions: all talk of “frictionless” trade appears to have gone, for example.

Labour’s alternative includes a “comprehensive” customs union, within which the UK would get a say over future EU trade deals; and a closer relationship with the single market – but one which would hold a future Labour government to weaker rules on, for example, state aid, than full single-market membership would demand.

Corbyn and Keir Starmer have a formidable challenge on their hands if they want to win over the entire Labour party to that approach, let alone the Tory MPs they would need to attract to make the idea of winning parliament’s backing plausible.

Indeed some Labour MPs have passed the point of being able to back any form of Brexit and will focus their energies on fighting for a people’s vote.

And that’s why Labour’s plan A, which is to push hard for a general election and hope the public have lost confidence in the Tories’ ability to govern, is not as straightforward as it may seem.

Many of its members, and MPs, would push hard for a manifesto that included a commitment to hold a referendum on any future Brexit deal negotiated by Labour, with an option to remain.

As the proliferation of “Love Corbyn, Hate Brexit” merchandise at September’s conference in Liverpool underlined, others would want their party to try to stop Britain leaving the EU altogether – something likely to be rejected by MPs fighting leave seats and confronting voters who want politicians to get on with it.

Feelings are running high. After Corbyn told Der Spiegel Labour “can’t stop Brexit” last week (allies later said he meant they could not do so alone), the Luton MP Gavin Shuker described it as a “moment of betrayal”, of “those the Labour party was first established to protect”, and said it “will not be forgotten for generations”.

If an election does come, Labour is relying on the Tories being so divided and discredited that Corbyn will sweep to No 10; but drawing up a manifesto, let alone fighting the campaign, would expose deep divisions on his own side, too.

For a small number of MPs, it could even precipitate the decision they have been mulling over for a long time – to leave Labour altogether.

The stakes are highest for Theresa May over the coming weeks; but Labour strategists know they must do more than simply sit back and watch the Tories fail.

Drift Away review – fatal error leaves cop all at sea 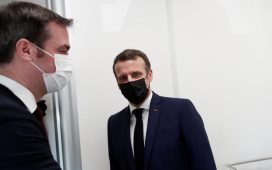