Bugatti has released a short teaser video and another image of the new Divo: a hyper exclusive hypercar which will carry a €5 million price tag when it’s launched.

The teaser video shows the car’s rear lighting graphics, which will be significantly different from those of the Chiron. The new units appear to feature multiple OLED elements, which gives a three dimensional appearance to the design.

A further teaser image shows a vertical fin that sits at the trailing edge of the Divo’s front wheel arch. Finished in bare carbon fibre, it incorporates a French tricolor motif into one of the vents. Above it sits a sharp crease in the car’s flanks – another departure from the Chrion’s much smoother design.

Details about the new model remain scarce for now, but the marque claims a focus of less weight and high downforce are the priority for the Divo, making this a Bugatti that, unlike the Chiron and the Veyron before it, will be less about the straights and more about the corners.

Considering it’s expected to share the Chiron’s 8.0-litre quad-turbo W16 engine, outright performance shouldn’t be lacking though. Maximum power should be somewhere in the region of 1,479bhp and torque at 1600Nm, enough for a top speed which, despite the Divo’s increased downforce relative to the Chiron, should still be well north of 230mph. Acceleration figures should be a match for the Chiron too, so a circa-2.5 second 0-62mph time is likely.

Like the engine, the Divo’s carbon tub will be borrowed from the Chiron. However, Bugatti makes reference to reviving the coachbuilding tradition of its early years, so expect a unique appearance from the outside.

It remains to be seen how the Divo will shed the pounds relative to the Chiron. The Chiron’s more hardcore variant, the Chiron Sport, took measures including thinner glass and a carbon fibre windscreen wiper to save weight.

In an official statement, Bugatti president Stephan Winkelmann that with the Divo, the brand aims to “thrill people throughout the world,” and that it gives Bugatti the chance to “interpret the brand DNA in terms of agile, nimble handling in a significantly more performance-oriented way.”

Limited to just 40 units, the name is a reference to Albert Divo, a French racing driver who piloted a Bugatti Type 35 to a pair of Targa Florio victories in 1928 and 1929.

The Divo is due to be unveiled at ‘The Quail, A Motorsports Gathering’ in Monterey, California on 24 August.

Check out the best hypercars on the planet… 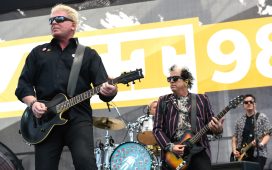 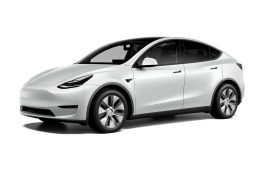