NEWSCABAL
Home » Budget 2021: How Rishi Sunak can stem flow of top UK biotechs to US
politics

Budget 2021: How Rishi Sunak can stem flow of top UK biotechs to US 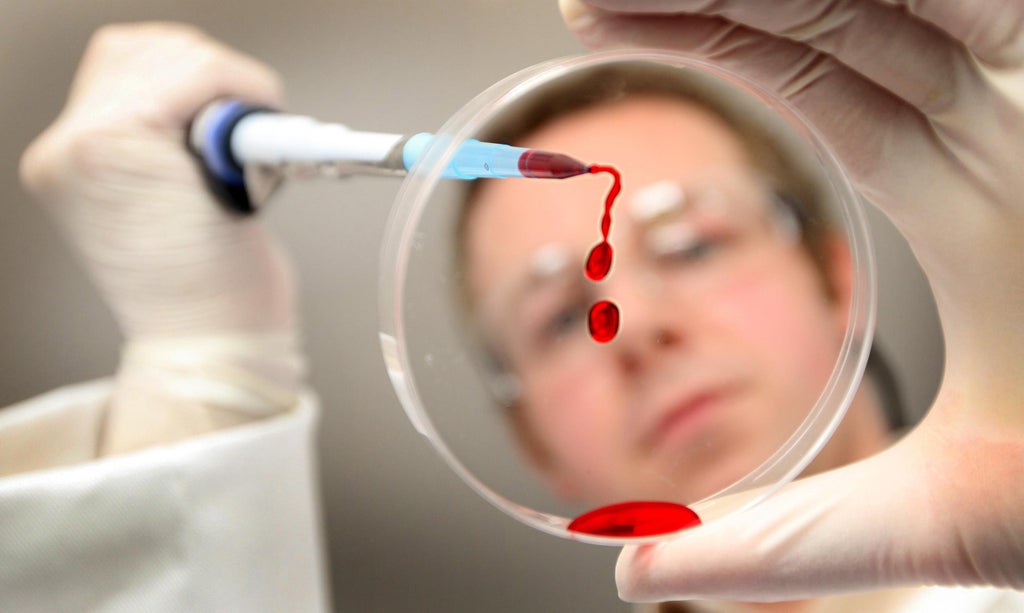 y punching significantly above its weight in the Covid-19 vaccine race, the UK’s life sciences sector has muscled its way firmly into the global spotlight.

But to keep it there, ministers must find ways to help the industry reverse a flow of the brightest talent and most promising start-up companies from Oxford, Cambridge, London and elsewhere to the US.

So as the world fixates on the totemic 1.5° celsius Paris target, another outwardly small but similarly critical number is dominating conversation in the laboratories and boardrooms of UK biotech.

The government has set a target of spending 2.4% of GDP on supporting research and development by 2027 to realise Boris Johnson’s ambition to forge Britain into a ‘scientific and tech superpower’.

It would amount to just under £65 billion at today’s prices: a quarter of the annual NHS budget or roughly the cost of the entire pandemic furlough jobs support scheme.

And even this mammoth sum would still leave the UK distinctly mid-table globally: South Korea, Japan, Germany and the US all invest more than 3% of GDP on scientific research and development.

The £1.4 billion Global Britain Investment Fund, £312 million British Business Bank’s start-up loans and £95m to fund projects through the Office for Life Sciences all expected in Wednesday’s budget and spending review are welcome but, relatively speaking, a drop in the ocean.

The BioIndustry Association (BIA), which represents the UK’s biotech sector, has drawn up its own four-point strategy to stem the transatlantic tide and foster the next generation of Oxford Nanopores – the DNA sequencing star whose £4 billion float last month marked a highlight for the London markets.

It says the government must commit long-term funding to the Biomedical Catalyst competition, a partnership between the Medical Research Council and Innovate UK, to stop start-ups from falling into the investment “valley of death” before realising their potential.

The British Business Bank must be provided with resources to help small firms scale up: attracting financial backing is all too often a mixture of connections and blind luck.

That extends to increasing the budget of Innovate UK to fund projects supporting SMEs to establish long-term biotech research and manufacturing capabilities.

And finally, the government has an opportunity to expand tax incentives for research and development to cover data, cloud computing and capital expenditure.

‘We do really well at the science.. we need scale-up at pace’

Steve Bates, head of the BIA, said: “If the Prime Minister wants to succeed in his aims of creating a UK life sciences superpower and raising R&D spending to 2.4% of GDP, the sector needs investment into critical programmes.

“This will result in well paid and highly skilled jobs in all parts of the UK, aiding the economic recovery and ensuring that patients receive the latest innovative therapies and medicines.”

These calls on the chancellor’s purse strings are urgent – Covid vaccine developer Prof Sir Andrew Pollard has told ministers that “our very lives” depend on it – but there are other levers that could be pulled.

Chief among them is to encourage and incentivise institutional pension funds into investing more money into these higher tech but also higher risk sectors, says Dr Andy Richards.

Greater access to tap the £2.2 trillion being held in defined contribution pension schemes would reduce the innovation sector’s reliance on venture capitalists and private equity funds, giving boards more freedom to rise further up the value chain before having to float or sell.

Richards is one of the UK’s most prolific life sciences entrepreneurs and investors with 30-years experience in starting, scaling up or chairing biotechs from pioneer Chiroscience in 1992 to Congenica, Arecor and – until recently – the inhaler-maker Vectura which was controversially bought out by tobacco maker Philip Morris last month.

He said: “We do really well at the science bit but we need to translate that into scale-up at pace.

“Life sciences is seen as being very slow but what we’ve seen in the last two years with the Covid-19 vaccine is that actually, this can be done fast.

“Classically, companies in the UK have two years between their funding rounds.

“An equivalent US company is doing three funding rounds and an IPO on the Nasdaq in that time as well as having four programmes operating, with one or two in clinical trials.

“It’s a scale-up mentality which has a real urgency to it.”

Richards believes the UK now has a “golden opportunity” to capitalise on the investor appetite for life sciences but sees structural and regulatory change as key to long term retention of the most promising companies.

He said: “Traditionally our businesses are being sold early because they have reached a point where the capital continuum for them to make the next step has looked more risky than being sold.

“You cannot stop a scale-up company for a year to go out and start a financing round: it will lose momentum, lose talent and lose competitiveness.

“I would never say UK companies should not list on the Nasdaq but I would like people to have the choice.

“It’s always better if you have a home market that you can penetrate fast, because you understand the intricacies of that market and can grow rapidly.”

Mounting pressure for sustainable investing – putting environmental, social and governance (ESG) at the heart of industry – provides another opportunity for the healthcare biosciences industry.

Richards said: “Investors are more aware of healthcare than they have ever been and there’s a huge wave of ESG money coming in.

“The government can’t put in the scale of money that’s needed in to make sectors really happen on a global basis. But what it can do is work on the infrastructure and regulation to bring in institutional pension funds.”

He adds: “What people get wrong about life sciences is that whilst on the face of it the majority of things they do don’t technically succeed, particularly in therapeutics, the good companies rarely go bust.

“They are usually working in the right areas and even if their lead product doesn’t succeed, they adapt and evolve and down the line everyone backs a later product.

“LIfe sciences is based on strong data, on intellectual property and on doing the right thing at the right time.

“For the government, it’s not so much about picking winners – anointing the next Nanopore – as having a really refined view of what themes are right and then creating an environment in which they can succeed and move forward.”

One UK biotech which has reached a billion dollar ‘unicorn’ valuation without either selling up or going public is Touchlight, a manufacturer of synthetic DNA founded in 2008.

The firm, based in south-west London, has been through several funding rounds using the government’s Enterprise Investment Scheme (EIS), which offers tax breaks to investors in small, innovative companies.

Founder and CEO Jonny Ohlson said: “This country has brilliant universities that are producing incredible talent but what there hasn’t been is the translation of that into great companies. We’re only just seeing that emerge.

“Do I think there’s enough money put in by central government? Absolutely not.

“The amount of money they are talking about in the latest round to go into fuelling the life sciences industry in the UK is £100 million. In the US, it’s $70 billion… it’s incomparable.

“They are worried about the UK talent going to the US – but you can see why it’s happening.”

He adds: “EIS is a fabulous, unique and brilliant initiative that along with the R&D tax credit enabled us to get going, but no-one was using it in a big way in life science.

“We did and it worked as a springboard and we can now look at generating revenue and growing.

“Would I like the government to put more money in to life sciences?

“Of course, because particularly if you are delivering a drug or product there’s a cliff you go off when you go through phase one trials and the government could be there to help build a bridge into both building effective new therapies and the life sciences sector more broadly.”

The calls will land on the intray of George Freeman MP, a former life sciences investor who returned to government last month as science minister to work alongside chief scientific adviser, Patrick Vallance at the newly created Office for Science and Technology Strategy.

Freeman led the Taskforce on Innovation, Growth and Regulatory Reform (Tiggr, obviously) whose report on reshaping regulation to unlock opportunities from Brexit is now being digested by Downing Street.

A spokesperson for the BEIS, the department for business and innovation, said: “Research and development are central to igniting the UK’s economic recovery, boosting productivity, creating new jobs, and improving people’s quality of life, and we remain committed to achieving our target to increase total UK R&D investment to 2.4% of GDP by 2027.

“Our commitment to maintaining the UK’s position as a science superpower is unwavering. We have pledged to invest £14.9 billion in research and development in this financial year – the highest level in four decades.”