When Ole Gunnar Solskjaer’s central defensive options were being questioned, the Manchester United boss sent a pointed reminder about one of his players.

“Don’t forget Eric Bailly,” Solskjaer told MUTV ahead of the new season. “He missed up until February and missed more than half of the season.

“But he came back stronger and stronger and, towards the end of the season, he looked really strong.

“So I think we’ll see a lot of Eric. He’s looked really strong in training as well.”

With Man United’s defensive struggles, combined with the hectic fixture schedule, Solskjaer has been forced to shuffle his deck at the back.

Going into the season the first-choice partnership of Victor Lindelof and Harry Maguire looked a strong one.

But the two have failed to build upon a promising start, with some hapless performances in the opening months.

However, unfortunately for Bailly, up until the last week, he had been unable to stake a regular claim for a starting berth.

After playing just 12 times across all competitions last season, the Ivorian has again struggled for fitness this time around.

But over the Christmas period, the centre-back has started successive Premier League games for the first time since 2018.

When he was made Jose Mourinho’s first signing as United boss, the Portuguese could hardly hide his excitement about the potential he possessed.

“Eric is a young central defender with great natural talent,” he said back in 2016. “He has progressed well to date and has the potential to become one of the best around.

“We look forward to working with him to help nurture that raw talent and fulfil his potential. Eric is at the right club to continue his development.”

That development, both under Mourinho and Solskjaer has been severely hampered by injuries, but against Wolves he looked every bit the player that was signed from Valencia.

Where will Man Utd finish in the Premier League this season? Have your say here.

Following the win, Bruno Fernandes, who has so often been United’s star, singled out Bailly as his Man of the Match in the 1-0 win.

Alongside Maguire, Bailly showed the kind of pace that means he has the potential to keep up with some of the league’s real fliers.

Add that to his quality on the ball and United really could have the full package – particularly if he can show the kind of consistency he’s shown in this small sample of starts.

The January window is expected to be a relatively quiet one at Old Trafford, but if Bailly can show he is finally the player Mourinho promised, it could save Solskjaer millions in the summer. 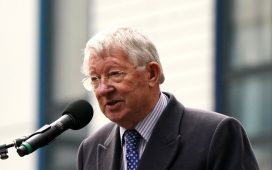 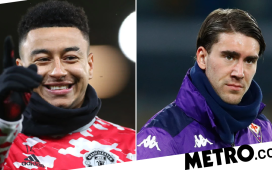