Brittany Murphy was just 32 years old when she was found lying lifeless on the bathroom floor of her Los Angeles home just over 11 years ago.

For 10 days before her tragic death, the Clueless star had been complaining of severe abdominal pain. She also developed flu-like symptoms and woke at 3am on the morning of her death gasping for breath.

Her lips turned blue as she lay on the balcony of the home she once bought off Britney Spears and Justin Timberlake, and what her mum Sharon saw horrified her.

“She was lying on the patio trying to catch her breath,” Sharon recalled to the Hollywood Reporter in 2011.

At 7:30am Brittany complained once more of abdominal pain and went into the bathroom and closed the door. Half an hour later, her mum found her lying unconscious. She would never wake up again.

In the weeks following the Clueless actress’ death, cruel rumours flew that her death had been caused by everything from drug abuse and poisoning to murder and mold.

But an autopsy by the Los Angeles County Coroner ruled out both theories and stated that no illegal drugs had been found in her system.

Instead, the investigation revealed she had picked up a bug – Staphylococcus aureus – during a visit to Puerto Rico six weeks before.

At first, only her mum and husband fell sick while Brittany was fine.

But as they made their recoveries, Brittany’s health plummeted and she developed pneumonia.

So why did it affect her so differently? The coroner discovered that she was suffering from severe anemia as a result of the heavy, painful periods that plagued her.

At the time of her death, Brittany was reportedly enduring her second painful menstruation of the month, and according to the report, the resulting ‘chronic iron deficiency’ made her more vulnerable to serious infection and possible serious side-effects from the prescription medication she was taking.

The day she died, she had taken anti-depression drug Prozac; anti-seizure drug Klonopin; the anti-inflammatory methylprednisolone; a beta blocker; hydrocodone; acetaminophen and Vicoprofen for relief from period pain.

But with her red blood count down to a quarter of the normal amount, she was in a “weakened state of health [that] would increase her vulnerability to infection,” the autopsy report read.

It continued: “Possible adverse physiological effects of elevated levels of these medications cannot be discounted, especially in her weakened state.”

Heartbreakingly, the report found that while her death was accidental, it could likely have been prevented with the correct medical intervention.

“She had been sick at least two weeks,” assistant L.A. Coroner Ed Winter told the Hollywood Reporter. “Had they taken her to a doctor or hospital, it would have been treatable.”

After her death, Simon opened up about his wife’s severe periods, explaining they often came with other symptoms.

“Like all deaths, I go over and over and over it,” he said at the time. “She was dead within two hours of waking up, saying ‘My chest is tight. I can’t take a breath!’ But that was part of her normal menstrual cycle. It was the perfect storm.”

Simon died just months after Brittany, and his cause of death was also caused by pneumonia, according to a Los Angeles County Coroner’s report. 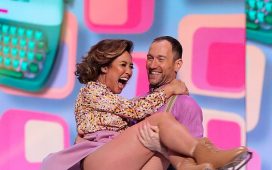 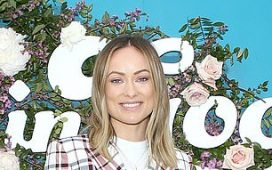 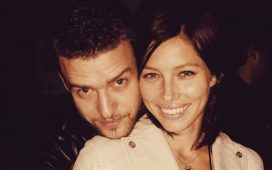 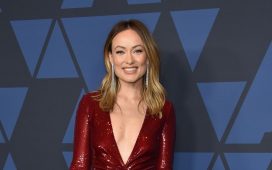