BRITS may need a third dose of the Covid vaccine in autumn in order to travel abroad, the health secretary has said.

Matt Hancock revealed a new vaccine is in the making to deal with new variants, believed to be from Novavax.

Jabs made by Pfizer and Oxford/AstraZeneca, given to millions of Brits, as well as other vaccines on the horizon, have been made against the original strain of coronavirus.

Tests have shown they are not as effective against some new variants which emerged in the past few months.

Specifically the variants that evolved in South Africa and Brazil have mutations that allow them to dodge some immunity built from vaccine or prior infection.

More variants are expected to evolve in the future, which could be imported by people coming into the UK from a holiday.

It casts doubt on the possibility of being able to travel internationally for months.

Currently, non-essential travel is banned which includes all holidays and leisure trips.

And this is feared to stay in place all summer due to the fact Europe is having a third wave of Covid, and globally the pandemic is far from over.

Asked about how it will ever be possible to travel again on This Morning, Mr Hancock told Holly and Phil: “We are also working on a new vaccine that we might have to roll out in the autumn to give people a third dose that will deal with this problem. So we are working on that now.

“There might be a third dose in the autumn.”

Speaking of the problem with foreign travel, he said: “On the international side, there are these new variants. And they’re a worry so we are being really cautious on international travel.

“The biggest problem that we’ve got, in terms of holidays, is if there is a new variant that the vaccine doesn’t work against, and we know there is a couple out there.

People need two doses of the current Covid vaccines to get optimal protection against severe Covid-19.

Already 30million people have been given their first dose and have a significantly lower risk of getting severe infection and dying.

But Mr Hancock stressed the importance of getting the second dose of the vaccine when offered it to get “much more” protection.

It comes after the Vaccines Minister Nadhim Zahawi said some people will be given three vaccination doses within the first 10 months of the jabs being in use.

Those in the top four priority groups for the original rollout – over 70s and frontline NHS and social care workers – will be the first to get the booster jabs, The Telegraph reported.

Mr Zahawi also told the paper last week that ministers were expecting up to eight vaccines to be available by the autumn, and the Government was already talking to those three manufacturers about creating new versions of their jab that would be more effective against variants.

It includes one that could protect against three different Covid variants in a single jab.

Mr Zahawi said: “The Novavax technology allows us to have a bi-variant or tri-variant vaccine in the way you do with flu.

“So inside the actual vaccine itself, it can have more than one variant.”

He added that Novavax would be available for the autumn vaccination drive.

Asked when the booster jabs would begin, Mr Zahawi said: “The most likely date will be September.

“Jonathan Van-Tam [the deputy chief medical officer] thinks that if we are going to see a requirement for a booster jab to protect the most vulnerable, [it] would be around September.”

The UK already has 60million doses of the Novavax vaccine ordered.

What are vaccine makers doing to tackle new variants?

Astrazeneca has said it aims to produce a “next generation” Covid vaccine especially suited to new mutations as soon as the autumn.

Mene Pangalos, a senior research chief at the British-Swedish firm, said Astrazeneca will start developing a new vaccine for the mutated strains and will look to make them public “as rapidly as possible”.

The AstraZeneca vaccine, developed by scientists at the University of Oxford, works against variants circulating in the UK now.

Pfizer is discussing a clinical trial for “a variant-specific vaccine” that’s a reconstructed version of its original vaccine, according to a press release in February.

This would be against the South African variant.

The company is also testing a “booster” shot of its vaccine on people who were fully vaccinated in trials to understand the safety of an extra dose and “immunity against circulating strains”.

Moderna was the first to produce a vaccine to target the South African variant in mid-February, which is to be trialled in the US.

The new vaccines being trialled could be eventually used as jabs on their own or act as booster shots.

The company hope the jab – proven to be almost 100 per cent effective at preventing severe Covid and death caused by the original coronavirus strain – will get regulatory approval in April, before manufacturing starts this summer.

Mr Zahawi said in February a booster jab in the autumn would be needed to combat new variants of the disease.

He also said people will probably need a jab once a year moving forward.

This would be done “in the way we do with flu vaccinations” – it would be made by looking at what variant of virus is spreading around the world and rapidly tweaking a vaccine to work against it.

Astrazeneca has said it aims to produce a “next generation” Covid vaccine especially suited to new mutations as soon as the autumn.

The AstraZeneca vaccine, developed by scientists at the University of Oxford, works against variants circulating in the UK now.

When can gyms reopen?

But recent research by the university showed a nine-fold and 7.6-fold reduction in antibodies produced after the AstraZeneca jab and Pfizer jab, respectively, against the South African strain.

There was a nearly three-fold reduction in the level of virus neutralisation by the antibodies generated by the vaccines against the Kent and Brazilian variants.

Pfizer is testing a third booster of its original vaccine, while discussing a clinical trial for “a variant-specific vaccine”.

Moderna was the first to produce a vaccine to target the South African variant, which is to be trialled in the US. 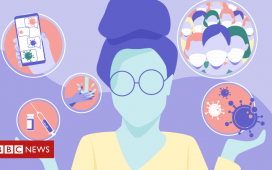 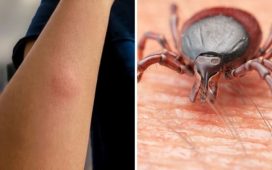 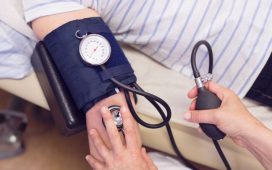 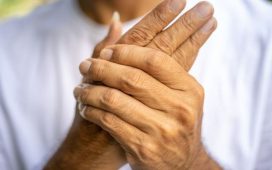