NEWSCABAL > entertainment > Britney Spears posts rare pic with sons Sean, 15, and Jayden, 14, after claims the kids have ‘very few visits’ with her
entertainment


BRITNEY Spears posted a rare picture with her sons Sean, 15, and Jayden, 14, on Monday.

The family photo comes after claims that the kids have “very few visits” with their mother.

Britney posed in the middle of her sons as they stood in a field.

The singer sported a casual look made up of shorts, a T-shirt and sneakers, while both of her sons covered up in baggy outfits.

While the trio appeared the same in both photos, one background was lit up by a golden sky and the other featured a clear blue sky.

Britney reflected on how her sons are growing up in the caption, writing: “It’s so crazy how time flies …. My boys are so big now 👩‍👦‍👦 !!!!

“I know … I know … it’s very hard for any mama especially a mama with boys seeing them grow up so fast !!!!

She continued: “I’m extremely lucky because my two babies are such gentleman and so kind that I must have done something right 🙊 !!!!

“I haven’t posted pictures of them for some time cause they’re at the age where they want to express their own identities and I totally get it ….”

She then explained the editing of the photo, writing: “But I went out of my way to make this cool edit 🌅 and guess what …. They’re finally letting me post it !!! Now I don’t feel left out anymore 😂😂😂”

Britney’s sweet post comes after a source told Us Weekly that she’s been seeing her kids less and less now that they’re teenagers.

The insider explained: “She used to have more time with them until Kevin altered their custody arrangement after the incident with [her dad], Jamie [Spears, in 2019].

“Since then, the boys’ visits have been less frequent. They spend most of their time at their dad’s house and have very few visits with their mom, especially overnight ones.”

The source added: “They are teenagers now and want to be with their friends, not their parents. It’s nothing against Britney.

“They love and idolize her, and Kevin trusts her. It’s just that they’re getting older, so when they’re not at their main home with Kevin, they’re usually out doing things with friends.”

The boys also reportedly know all about the #FreeBritney movement and the public’s overwhelming support of the singer amid her conservatorship battle.

Everyone begs me to have kids but I’ve got 10k things to do, says Fleur East

Sean and Jayden “just want to see their mom happy” and are aware of what their grandpa Jamie is like, as the insider revealed that the teens “do not get along” with Britney’s dad.

Daniel Lucas, a former crew member of Britney’s Las Vegas residency shows, alleged to The Sun that Jamie once “growled” at Britney’s sons in front of staff at the merch shop in early 2014, which resulted in everyone being stunned into silence.

Kevin later took out a three-year restraining order against grandpa Spears in August 2019 after an alleged altercation between Jamie and Sean.

Britney’s longtime boyfriend, Sam Asghari, revealed he feels the same way about Jamie when he publicly stood up for Britney and called out her father on his Instagram Stories. 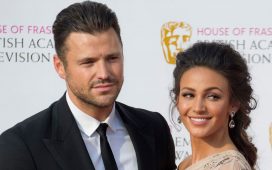 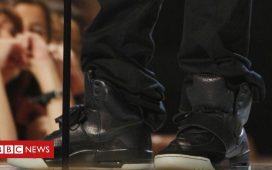 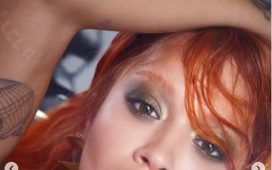 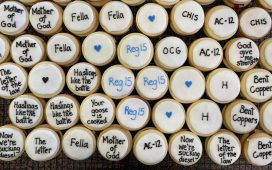