The British Airways strike next month is to cause at least five consecutive days of flight cancellations.

BA pilots announced three days of strikes – taking place on 9, 10 and 27 September – in a dispute over pay.

Despite the first strikes being on 9 and 10 September, some customers flying between the 8th and 12th have been told their flight has been cancelled – and to rebook or get a refund.

However, many people have said they have been unable to get through to BA.

BA said in a statement: “We are doing absolutely everything we can to prevent this unfair action from taking place and ruining our customers’ travel plans.

“Airlines have a very complex operation and during times of widespread disruption, there can be knock-on effects onto flights on other days.”

Customers have reported receiving emails late on Friday night and in the early hours of Saturday morning informing them their flight had been cancelled.

Many have taken to social media to complain that they have been unable to rebook via the website or get through on BA’s phone lines.

Hi My return flight from LA to Heathrow on 9th has been cancelled. Numerous calls to phone cut off. I have DM’d my details across 90mins ago but had no reply or acknowledgement. Are you still there ?

Others have said they have had plans, including honeymoons and birthdays, disrupted by the strike.

Abby Deem, 32, from Cambridge said her honeymoon plans had been “ruined” after her business class flight to Mauritius on 9 September was cancelled.

“We’ve been looking forward to this flight for a year,” she said.

“Neither of us have ever had the luxury to travel business class, and after the wedding it seemed the perfect way to start our honeymoon.”

She said she felt sick when her fiance Jonathan got a text to say the flight had been cancelled.

They have now booked economy flights with Emirates and they estimate it will cost them an extra £500.

Another customer, Anna Redding, was due to fly to Nairobi with her partner for their honeymoon on 11 September and return on 27 September – when the final strike is scheduled to take place.

She said they had also saved up to upgrade to first class flights as it was a “once in a lifetime” holiday.

They have been unable to get through to BA on the phone and she said the advice is unclear, adding: “Do we try to get another flight with someone else but lose the first class or do we wait just in case but risk not getting any other flights?”

The British Airline Pilots Association (Balpa) said on Friday the strikes were a “last resort” born out of “enormous frustration” with airline management.

Pilots have rejected a pay increase worth 11.5% over three years, which the airline put forward in July.

What can I claim if my flight has been affected by the strikes?

If your flight has been cancelled because airline staff are striking, the the Civil Aviation Authority said, then this would be considered within the airline’s control, and therefore you have a legal right to either:

In some cases, passengers may be entitled to additional cash compensation for the inconvenience – but only if you receive notice that your flight is affected less than 14 days before departure.

Have your BA flights been cancelled? Share your experiences by emailing haveyoursay@bbc.co.uk.

READ  EU warns banks to be ready for no-deal Brexit

‘No matter what, we will be there’: How climate campaigners are trying to win over the business elite at Davos 2020 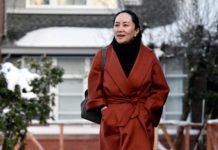 Meng Wanzhou's freedom on trial as China-U.S. clash plays out in Canada court

Fevertree loses its fizz as shares dive after 'subdued' Christmas 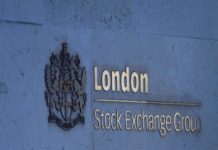