Britain did not “unexpectedly” become embroiled in a diplomatic and military dispute with Russia on Wednesday (Royal Navy ship off Crimea sparks diplomatic row between Russia and UK, 23 June). There was a BBC TV crew and a Daily Mail reporter on board. This was a deliberate, stage-managed act of provocation by the British government in full knowledge of the reaction that would result. Along with our celebrated trade deals with the likes of Liechtenstein, it is another example of our government’s desperate attempts to position “global Britain” on the world stage. Unfortunately, it looks both desperate and foolish.Paul DavyWenston, West Yorkshire

Could I suggest that you spend a bit of journalistic energy asking around in government circles to try to find an explanation as to why taxpayers’ money is being wasted putting a British destroyer in the Black Sea in order to just arse around provocatively? The list of reasons and excuses I have seen so far seems utterly laughable. What on earth did anyone think was being achieved? It would only have been slightly more understandable and pathetic if Boris Johnson had been in charge on the bridge.John SellersRochester, Kent

See also  'I'm off': How the papers covered May's resignation offer and the indicative votes
Share on FacebookShare on TwitterShare on PinterestShare on Reddit
newscabalJune 24, 2021 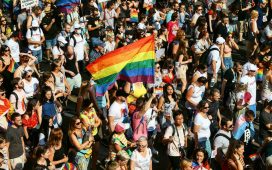 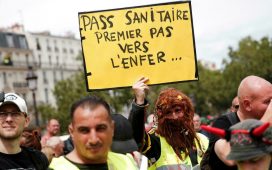 The ‘pingdemic’: how UK's Covid-19 app has created a health headache