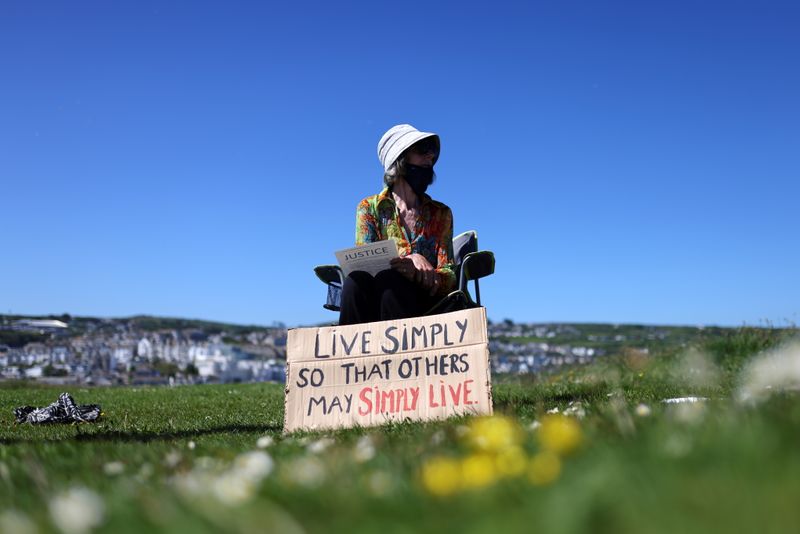 © Reuters. FILE PHOTO: A No Going Back Sundays activist sits next to a placard as they take part in a demonstration for racial, climate, social and nature justice, at the Island in St Ives, during the G7 summit in Cornwall, Britain, June 13, 2021. REUTERS/Tom Nichol

LONDON (Reuters) – Britain’s lack of policies to meet net zero emissions by 2050 is jeopardising its chance of meeting the target, the country’s climate advisers said in a progress report on Thursday.

Britain in 2019 became the G7 first member to set a net zero target, which will require wholesale changes in the way that Britons travel, eat and consume electricity.

The country is also hosting international climate talks in November in Glasgow, where countries are expected to outline plans to meet the Paris climate agreement to keep global warming under 1.5 degrees Celsius (2.7 degrees Fahrenheit).

“The targets (Britain) set are not going to be achieved by magic. Surprisingly little has been done so far to deliver on them,” said Chris Stark, chief executive of the Committee on Climate Change (CCC) in a briefing with journalists. (Graphic: Britain’s progress towards meeting net zero climate target, https://fingfx.thomsonreuters.com/gfx/ce/nmovaexerva/Pasted%20image%201624436519458.png)

Britain’s greenhouse gas emissions have fallen almost 50% since 1990 largely due to an increase in renewable power such as wind and solar, and a move away from polluting coal.

However, a rebound in emissions is expected in 2021 following a sharp fall in 2020 due to restrictions on homes and businesses to limit the spread of the coronavirus.

The government plans to ban the sale of new cars and vans powered wholly by petrol and diesel from 2030 and launched subsidy schemes to increase renewable power, but measures do not go far enough, the CCC said.

The government should phase out gas-fired power generation by 2035 unless it is fitted with technology to capture and store emissions and new home boilers sold from 2025 should also be able to use hydrogen, the CCC said in a raft of recommendations.

It said Britons should be encouraged to reduce meat consumption and the country should apply a carbon tax or minimum carbon standards for products imported from abroad.

Failure to publish a clear strategy soon will also undermine Britain’s ability to encourage other countries to set tougher climate goals at the Glasgow talks, the CCC said. 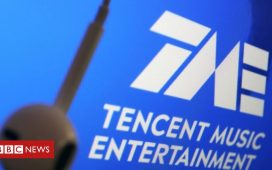 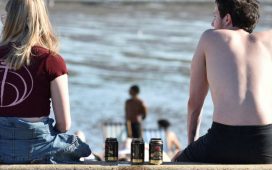 Fibre broadband ‘gold rush’: can the UK’s alt-nets pull it off?