A BRIT model alleges designer Alexander Wang groped him in a packed club and has called on the “massive sexual predator” to be “cancelled.”

Owen Mooney, from Peterborough, is one of several people who allege Wang, 37, assaulted them – with at least one claiming he was drugged by the fashion tycoon.

The Brit claims he was at a packed club in New York City in 2017 when Wang allegedly groped him making him “freeze in shock.”

In a video uploaded to TikTok, he said: “I was by myself at one point and this guy next to me obviously took at advantage of the fact that no one could f**king move.”

Owen said that Wang “’just started touching me up, like, fully up my leg, in my crotch. It made me freeze completely me because I was in so much shock.”

He continued: “And then I look to my left to see who it was and it was a really famous fashion designer and I just couldn’t believe that he was doing that to me.”

And in a follow-up video, Owen said that the Chinese American designer needs to be “exposed” and “cancelled.”

He said: “…turns out Alexander Wang is a massive sexual predator.

“He needs to be exposed. People with this kind of status, they think their power gives them this pass to do this to people.

“It’s so wrong. Any time I see his name mentioned…it just reminds me of what he did.

“He just needs to be cancelled.”

The Sun Online has approached Alexander Wang for comment.

Most of his accusers, who went public with their allegations on social media on Monday, have not revealed their identities.

Sh*t Model Management, a watchdog in the industry, shared anonymous stories alleging that Wang has assaulted “many male models and trans models”.

The post added: “It is important to show your support to these victims by unfollowing Alexander Wang and boycotting his clothing line.”

There are reportedly more than half dozen people who have come forward with allegations against the fashion guru.

One alleged victim, a trans man, said he was drugged and assaulted in a limousine by Wang who gave him water laced with MDMA.

“We at Model Alliance stand in solidarity with those who have shared accusations of sexual abuse by Alexander Wang,” the group stated in an Instagram post.

“Lets be clear: The fashion industry’s lack of transparency and accountability leaves all models vulnerable to abuse, regardless of their sex or gender identity.” 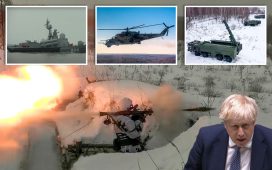 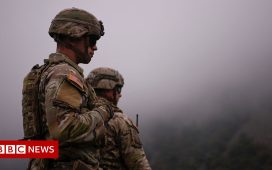