A British woman has beaten thousands of rivals to win the World Karaoke Championships in Japan.

Jenny Ball won a medal and a portable microphone for her perfomances of Queen’s The Show Must Go On in the semi-finals and Jennifer Hudson’s And I Am Telling You in the final last night.

She was one of 40 amateur warblers selected from 30,000 entrants for the competition, held in its spiritual home of Japan for the first time this year.

‘Thank you so much. Arigato!’ she exclaimed in English and Japanese after her victorious performance on stage. ‘I don’t know what to say!’ 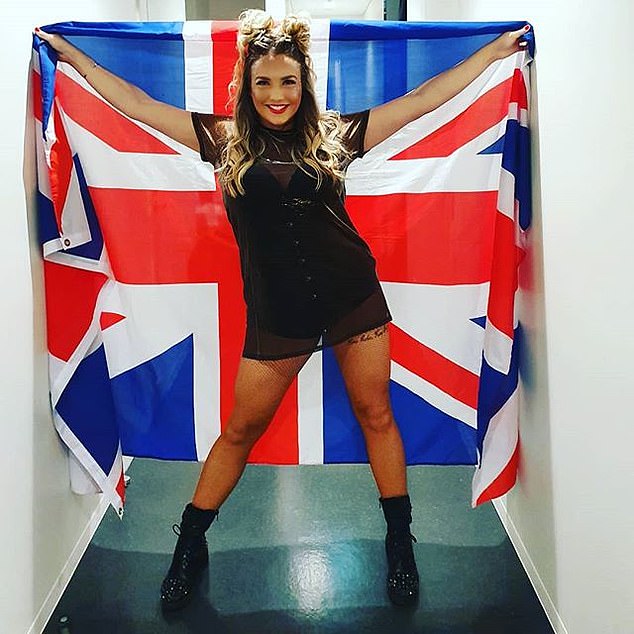 World champion: British singer Jenny Ball has beaten thousands of rivals to win the World Karaoke Championships in Japan, where she is pictured with a British flag 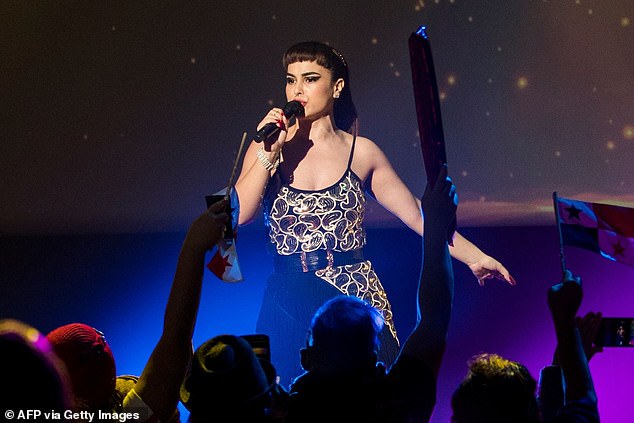 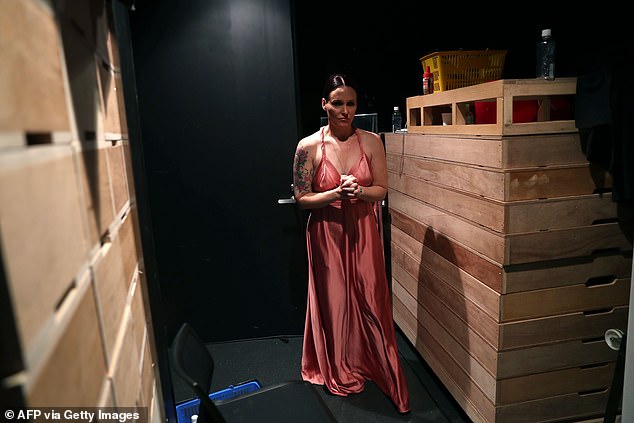 Backstage: Megan Mills of Australia, wearing a floor-length gown, clasps her hands as she waits behind the scenes to perform in the karaoke contest in Tokyo 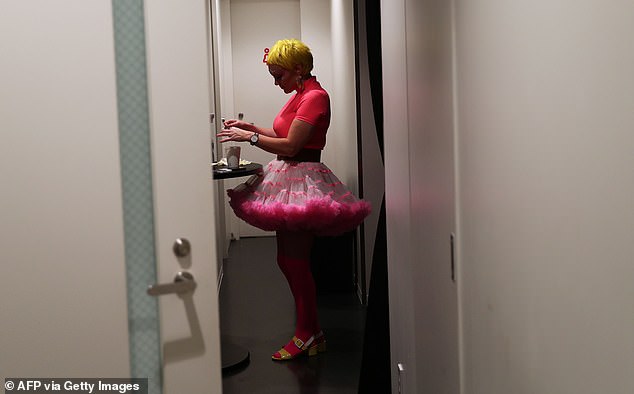 Final preparations: Siri Sorensen of the Faroe Islands, sporting a pink outfit and bright yellow hair, waits backstage ahead of her performance yesterday

Accountants, teachers and economists from as far afield as the Faroe Islands, Guatemala and Brazil battled it out for the prestigious title of the world’s best karaoke singer.

‘Karaoke can make everyone feel for one moment like a professional. Only karaoke can give you those few minutes of glory on the stage,’ said Vladyslav Karasevych, a contestant from Ukraine.

Karasevych was resplendent in a black and white ‘Harlequin’ outfit and white hat, and proudly waved a Ukrainian flag.

His compatriots included a woman dressed like ‘Hatsune Miku’, a vocaloid character with long blue ponytails and a miniskirt.

‘Karaoke makes us happy. He is an economist, I am an accountant, and she is a teacher, and we today stand on the stage like professionals, like stars,’ he said.

Among the karaoke classics featured on Thursday were Spandau Ballet’s Gold sung by a Finnish entrant and You’ll Never Walk Alone, best known in the UK as a football anthem, interpreted by a contestant from the Philippines. 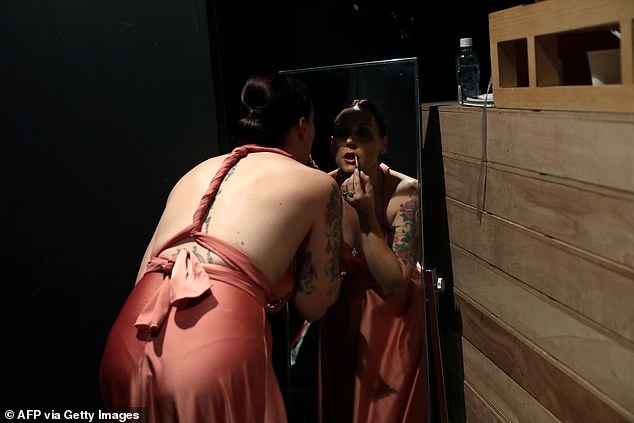 Finishing touches: Megan Mills examines herself in a mirror as she makes her final preparations before her performance in the Karaoke World Championships 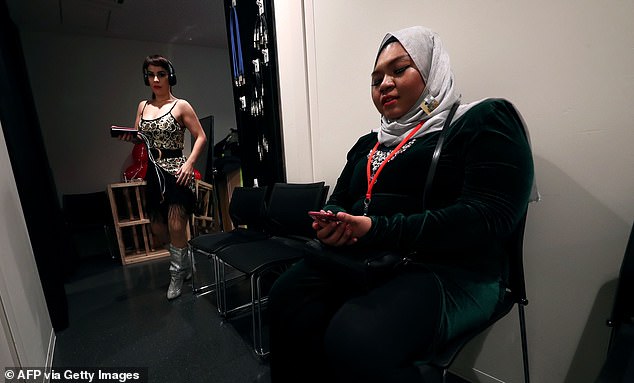 Competitors: Val Monique of Panama stands with her headphones in while Shai Othman of Singapore looks at her phone as they prepare backstage on Thursday 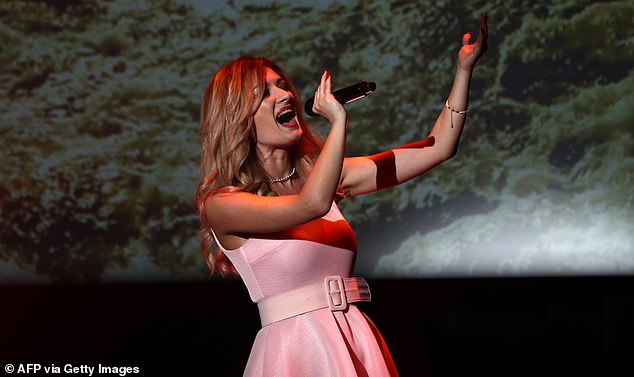 In full voice: Ekaterina Mandrichenko of Russia performs in the karaoke contest in Tokyo, the first time the competition has been held in the genre’s spiritual home 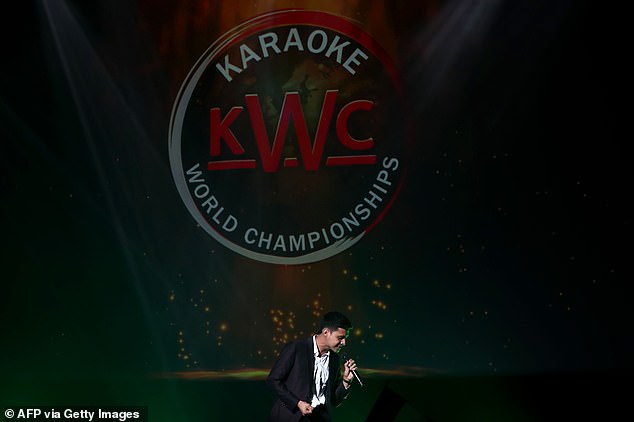 On stage: Anthony Duarte of Guatemala sings during the Karaoke World Championships in Tokyo

The show closed with a chorus of the 1985 sing-along hit ‘We Are The World’ – an annual rendition.

The annual Karaoke World Championships were first held in Finland in 2003, the brainchild of a Finnish company.

The final contestants were selected from some 30,000 applicants across the globe, according to Daiichikosho, a Japanese karaoke company backing the event.

The selection process differs from country to country, but in Japan the company asked wannabe competitors to upload their singing performances at karaoke parlours, said Daiichikosho official Kikumi Onchi.

Around 2,200 people applied just for Japan, considered the home of karaoke – a word that means ’empty orchestra’ in Japanese – and where the concept was born around 50 years ago.

‘We listened to each one of the songs, selected several singers for regional competitions, and picked the final four singers for the world championships,’ Onchi told AFP. 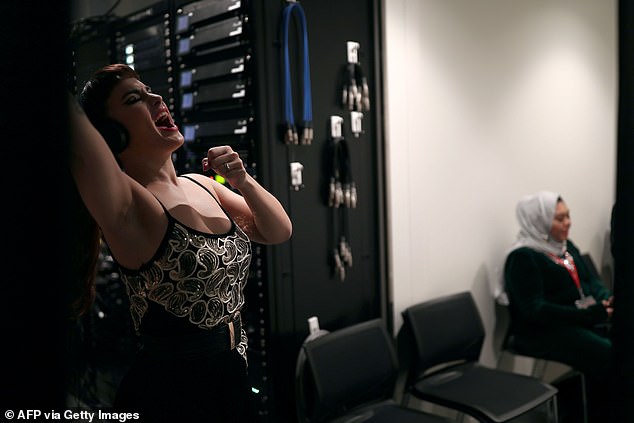 Practice: Val Monique of Panama mimes holding a microphone as she prepares for her performance, while Shai Othman of Singapore sits behind her 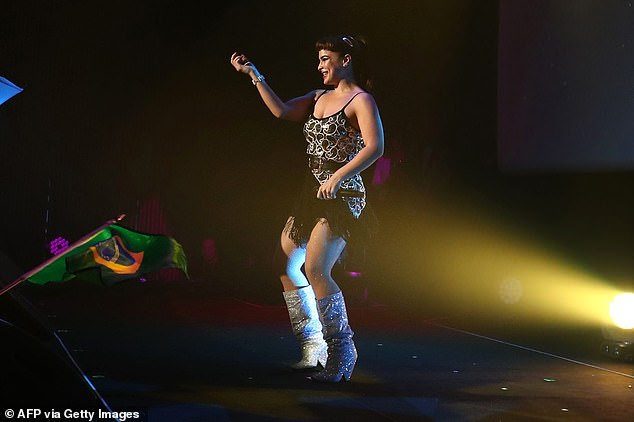 On display: Val Monique of Panama sings during the Karaoke World Championships in Tokyo which pitted accountants, teachers and economists from across the world against each other 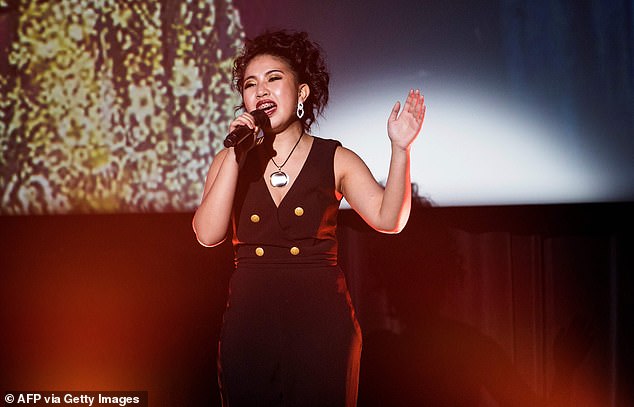 Performance: Meagen Reyes of the Philippines sings at the karaoke contest where she performed You’ll Never Walk Alone, best known in the UK as a football anthem 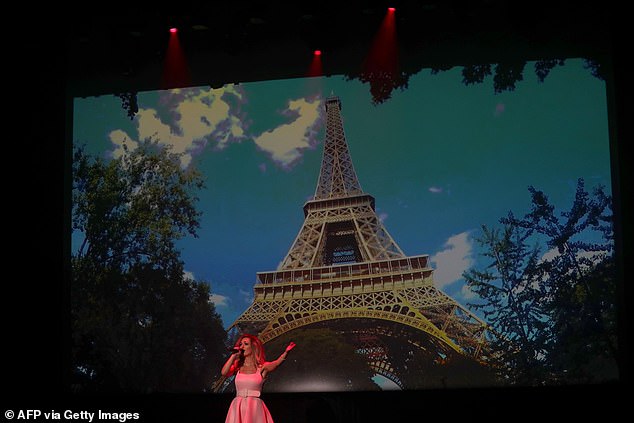 Decoration: Ekaterina Madrichenko of Russia sings with an image of the Eiffel Tower in Paris behind her 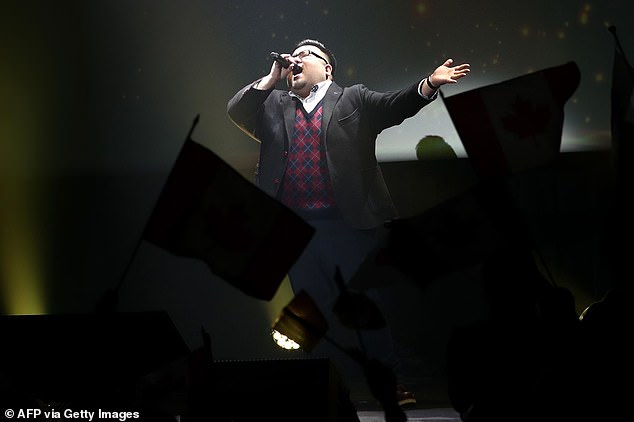 On home turf: Japanese entrant Yuji Ogata – who was among more than 2,000 applicants from the country where karaoke was invented – performs in Tokyo yesterday

One of the lucky Japanese contestants, Yuji Ogata, voiced delight at performing ‘at home’ after he belted out ‘ai no sanka’, the Japanese version of the Edith Piaf classic ‘L’hymne a l’amour’ (‘hymn to love’).

‘I myself thought the world championships was a far-fetched dream, but here it is happening in Tokyo, Japan,’ Ogata said.

Vladimir Brilov, a contestant from Russia, said he was making the most of his time in Japan, experiencing the unique Japanese karaoke culture.

‘I was all alone because I wanted to feel comfortable,’ Brilov said. ‘I was a superhero for myself and that made me so pleased.’

After the show, Panama’s karaoke queen Val Monique, who wore a figure-hugging sparkly dress, paid tribute to her inspiration Tina Turner, and said she was ‘so excited’ to be on stage.

‘Being on stage was such a rush but adrenaline just hits you as soon as you are there on the stage. It was amazing,’ she told AFP.

‘I just wanted to have fun and I think it was worth it.’ 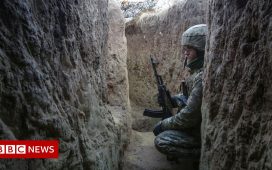 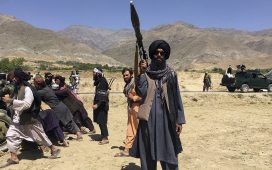 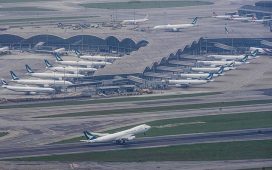 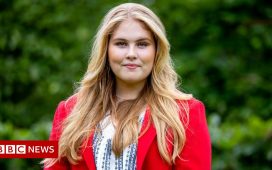