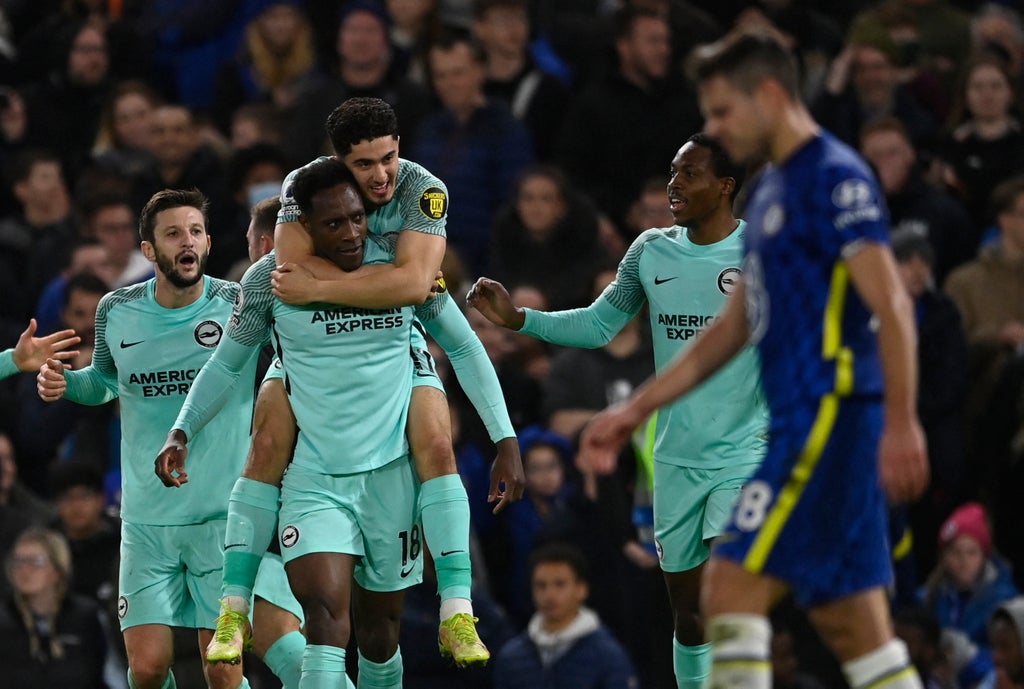 Chelsea travel to Brighton looking to bounce back after suffering defeat at Man City to likely end their Premier League title hopes.

The Seagulls are in good form, and rallied from a goal down to rivals Crystal Palace to salvage a deserved point.

The Blues will hope to leapfrog Liverpool into second, while Graham Potter’s side will be looking to boost hopes of a place in Europe next season.

This game is being played tonight due to the European champions’ commitment to play in the Club World Cup, shifting from the original 8 February date, a move that Thomas Tuchel is struggling to come to terms with.

The match will get underway at 8pm GMT at the Amex Stadium on Tuesday 18 January.

The match will be broadcast live on BT Sport 1 and BT Sport Ultimate, coverage starts at 7:30pm and subscribers can stream the game on the move on mobile devices.

Lewis Dunk is out (knee), while Adam Lallana, is a doubt with a knock picked up in the draw with Palace. Jeremy Sarmiento and Enock Mwepu also remain out. Yves Bissouma is on international duty at the Africa Cup of Nations, meaning Jakub Moder will likely start.

Tariq Lamptey may return to the starting line-up, and Danny Welbeck will hope to have more joy against the Blues after landing a late equaliser at the Bridge.

Edouard Mendy is at the Africa Cup of Nations, so Kepa Arrizabalaga will continue to deputise.

This looks to be a close encounter which will test the character of the Blues coming off defeat, with Brighton likely to hold their own in possession and in good form themselves, we’ll opt for a 1-1 draw.