Brighton delighted their returning fans by coming back from two goals down to beat 10-man Manchester City at a raucous Amex Stadium.

New champions City silenced the 7,495 home fans in attendance through Ilkay Gundogan’s second-minute opener, but were a man down after nine minutes, when Joao Cancelo hauled back Danny Welbeck and was sent off for a professional foul.

Phil Foden’s superb solo effort put City 2-0 up – but Leandro Trossard gave Brighton hope with a cool close-range finish, and the home side then put intense pressure on the champions’ goal.

Adam Webster levelled, rising highest in the box to head home Pascal Gross’s delivery and set up a dramatic conclusion, roared on by the crowd.

With 14 minutes left, Dan Burn sent them in raptures with the Brighton winner, following up his own blocked shot to steer the rebound into the corner of the net.

There was still time for a nervy VAR check for a possible penalty following Adam Lallana’s tackle on Gabriel Jesus in the box but the video official agreed the on-field call not to award it.

Brighton are already safe from the drop, but have now moved to 41 points and up to 15th in the Premier League table. They also have a first win over City since April 1989.

City remain on 83 points after this defeat – but of greater concern to them, with the final of the Champions League to play on 29 May, was the sight of Gundogan limping off in the second half with what appeared to be a knee injury. 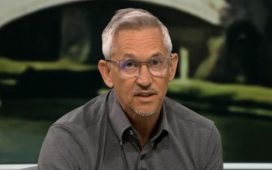 Gary Lineker points out issues with Mount and Chilwell self-isolating 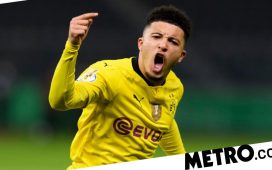 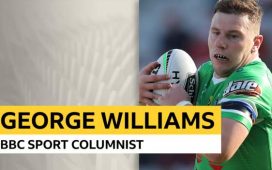 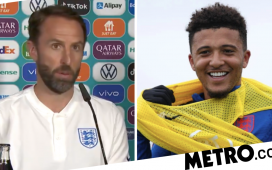