BRIGHTON secured a point thanks to a late own-goal against Crystal Palace – but they will be left feeling they should have had all three.

Palace were indebted to Jack Butland for his first-half penalty save from Leandro Trossard.

And if that wasn’t drama enough, Neal Maupay’s goal from the resultant corner was chalked off by VAR for a foul.

But Brighton’s barrage at goal was finally rewarded three minutes from time when Palace defender Joachim Anderson poked a leg out to fire the ball past his own keeper.

Most read in Football


Burnley's clash with Leicester OFF due to Covid outbreak and injuries 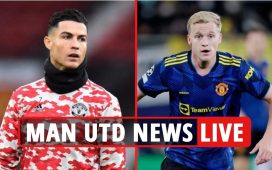