It took Manchester United until the 100th minute to luckily beat Brighton with the last kick of the game in the Premier League last Saturday.

In the pouring rain at the Amex Stadium in the Carabao Cup, Ole Gunnar Solskjaer’s team didn’t even have to wait for 45 minutes before getting their break – and thanks to the peerless Juan Mata, they never looked back.

That bizarre and fortunate win for United last weekend came via a Bruno Fernandes penalty awarded for a hand ball by Neal Maupay. The kick actually was taken after the final whistle had blown – and after Albion had hit the woodwork five times in that normal 90 minutes.

Four days later the two teams were back again last night, as storms of a more natural kind raged around East Sussex.

This time, it was the little Spaniard Mata, who weaved his magic at a soaking Amex Stadium, set up Scott McTominay for the opening goal, and scored a lovely second himself to send United into the quarter finals. Paul Pogba’s thunderous deflected free kick was the icing on the cake.

Mata, now 32, rarely seen in recent times and this week linked with a move to Lazio, showed what a superb footballer he still is, as his intelligence and subtle skills bemused Brighton.

Albion were horrendously unlucky to lose on Saturday, and again last night were neat and tidy and there are definite signs of improvement under Graham Potter. But this time round they lacked punch and guile.

Mata showed his enduring class right from the start, when a clever pass found Odion Ighalo. The Nigerian took the ball round Jason Steele, but somehow hit the side netting.

Albion did create chances, with Alireza Jahanbakhsh dangerous on the flanks. The Iranian drove one effort over after some sloppy United play fired another just wide, and Alexis Mac Allister also missed.

But then Mata won a free kick out on the right, swung a lovely ball in, and McTominay rose to nod in.

They could though have levelled when substitute Leandro Trossard found himself free in the area – but Dean Henderson did his chances of claiming the Old Trafford no1 shirt no harm at all with a brilliant stop.

It was a key moment. Five minutes later a sweeping United move saw Donny Van De Beek turn the ball into Mata’s path, and the former Chelsea forward thumped home his shot with aplomb for his second goal in the competition this season.

Brighton were at this point a beaten side, despite all the neat football and hard work. As Solskjaer threw on Paul Pogba and Marcus Rashford to make sure of the victory – Pogba putting a close range header just wide when he should have scored.

It didn’t matter. Ten minutes from time United won a free kick win out on the right and Pogba stepped up to thunder his drive home off the inside of the far post – via a big deflection off Joel Veltman.

This time round, United did not need all that extra time. What they needed was a player whose timeless skills have still not faded. In Mata, Solskjaer has a player whose talents may not in his eyes be needed or right now suited to the Premier League. But the Spaniard still has a little magic about him. And that can save a lot of time. 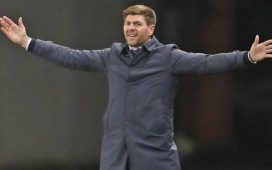 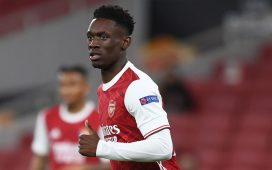 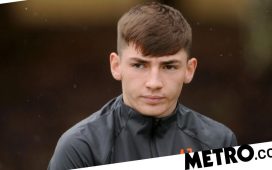 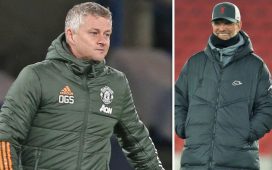