NEWSCABAL
Home » Brexit: where do parties stand on Corbyn plan to avoid no deal?
politics

Brexit: where do parties stand on Corbyn plan to avoid no deal?


Arguably, there are more plans for preventing a no-deal Brexit than there are parties in the Commons. But after Jeremy Corbyn wrote to opposition MPs setting out Labour’s plan to seek a no-confidence vote then attempt to form a temporary government, other groups have been forced to say where they stand.

Liberal Democrats Their first choice, as described by their leader, Jo Swinson, would be legislation to extend article 50 then call a second referendum. If this did not work the party would support the no-confidence motion, but rather than installing Corbyn, the Lib Dems would seek a cross-party government led by a backbench grandee, such as Ken Clarke or Harriet Harman. It is not clear if the party would try to block a temporary Corbyn government.

SNP The Scottish National party supports a no-confidence motion. They have said they will talk to Corbyn about his plan, despite their differences over Brexit. The party’s leader, Nicola Sturgeon, has criticised Swinson’s stance.

Plaid Cymru Liz Saville Roberts, Westminster leader for the party, has indicated she could back the Corbyn plan, but would prefer an immediate second referendum rather than general election.

Independent Group for Change/Independents The group formerly known as the TIGers, now split and reduced in number after two joined the Liberal Democrats, seem wary of the Corbyn plan, with some MPs saying they could not support him.

Greens Caroline Lucas, the Green party’s sole MP – whose own plan for a women-only unity cabinet met with a frosty reception – has taken a similar view to Saville Roberts, and has also appealed to Swinson to reconsider backing a temporary Corbyn-led government.

Rebel Tories The admittedly semi-detached Welsh Conservative party MP Guto Bebb has said that even a Corbyn government would be preferable to no deal. But it seems hard to see many other Tories following him.

Former Labour independents Ian Austin, a long-time Corbyn foe, has already ruled out supporting his plan for a temporary government, and it is hard to see MPs such as Frank Field, John Woodcock, and others, doing so either. 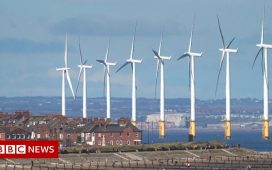