Boris Johnson’s former Brexit negotiator Lord David Frost is to take charge of the UK’s future relationship with the EU and take a seat in the cabinet, after a power struggle at the heart of Downing Street.

The appointment means that Frost, architect of Johnson’s “hard Brexit” strategy, is charged with addressing many of the concerns raised by business over the trade deal he forged with the EU, signed by Johnson on December 24.

They include disputes over border controls between the UK and EU and between Great Britain and Northern Ireland, along with problems with shellfish exports, chemical regulation and a visa regime for musicians.

Frost, currently the prime minister’s EU and international affairs adviser, had demanded a ministerial role to shape Britain’s future EU relations. According to several Whitehall officials he threatened to resign unless he got his way.

Downing Street said Frost would be UK chair of the Partnership Council that oversees the EU-UK trade deal, replacing Michael Gove, who had been given the job on an “interim basis” only two days ago.

The unelected peer will also take charge of “co-ordinating relations with the EU institutions and 27 EU member states”. Traditionally the Foreign Office handles bilateral relations with countries such as France and Germany.

Frost, a pro-Brexit former Foreign Office official who was granted a peerage by Johnson last year, will be elevated to the cabinet, cementing his dramatic rise in the prime minister’s court. One Johnson ally said: “Boris trusts David more than anyone else in government. They have a close bond.”

Colleagues of Dominic Raab, foreign secretary, denied there had been a “battle” with Frost over who would control bilateral foreign policy issues for Europe, despite claims to the contrary by some Whitehall officials.

They said the foreign secretary agreed with Frost on the need to co-ordinate their approach; relations with EU national capitals would remain the responsibility of the Foreign, Commonwealth and Development Office.

Gove’s allies insisted that the Cabinet Office minister was happy to cede to Frost the responsibility for post-Brexit EU relations, including the joint committee covering Northern Ireland. 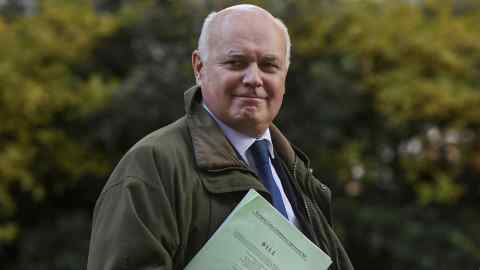 Some officials said Frost was unhappy with Gove’s interim role overseeing the implementation of the trade deal. “He feels the deal is his baby and wants to oversee it,” one official said.

He was the chief Brexit negotiator until Christmas Eve and was expected to take on a new role as National Security Adviser in January. But Johnson decided instead to appoint Stephen Lovegrove, a defence ministry official, as NSA and to make Frost his EU and international affairs adviser instead.

Frost is seen in Brussels as a Brexit hardliner who championed the purist view that national sovereignty should take precedence over market access. His appointment is unlikely to ease recent tensions between London and Brussels. 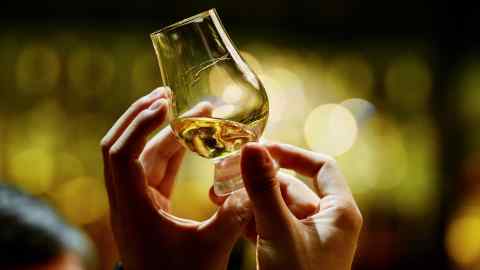 The appointment caps a remarkable rise for Frost, a former ambassador to Denmark, whose career appeared to have stalled when he left Whitehall in 2013 to work as a lobbyist for the Scotch Whisky Association.

He returned in 2016 to work as special adviser to Johnson when he was foreign secretary. In 2019, after Johnson became prime minister, he appointed Frost to lead the Brexit negotiations.

Whitehall insiders said it was Frost who had driven the negotiations to prioritise sovereignty over market access, winning favour with the harder-line Vote Leave camp inside Number 10.

It was also Frost that drove through the decision to threaten to break international law by overwriting parts of the Northern Ireland Protocol, which threatened to derail the trade talks last autumn.