Theresa May has been accused of “caving in” to pressure from Tory Brexiteers after accepting crucial changes to plans for leaving the European Union.

Eurosceptics tabled amendments to the Government’s Customs Bill aimed at imposing strict conditions on the Prime Minister after she produced a plan at Chequers that would keep the UK closely tied to Brussels’ rules on goods and food.

The Government today confirmed it accepted all four reforms put forward by the group, including Jacob Rees-Mogg, Sir Bernard Jenkin, Priti Patel and Iain Duncan Smith, ahead of debates on customs and trade legislation over the next two days.

It sparked a backlash as critics said the move meant the Prime Minister’s recently announced trade proposals were “dead on arrival”.

But Mrs May insisted the amendments do not change the blueprint agreed at her country residence.

The amendments relate to trade across the UK-EU borders after Brexit.

Following a meeting of the Cabinet at Chequers, the Government last week published a White Paper setting out its desired trading relationship with the EU.

However the proposals angered a number of Tory MPs, who are now trying to amend the Customs Bill, known as the Taxation (Cross-Border trade) Bill.

In a statement on Monday, Downing Street said the Government has accepted all four amendments to the Customs Bill tabled by Eurosceptic Tory backbenchers.


The PM’s spokesman said the changes are “consistent” with the White Paper.

She said the Chequers plan had been “wrecked by caving in to the hard, no-deal Brexiteers”.

While Labour MP Stephen Kinnock accused the PM of “dancing to the tune” of the European Research Group (ERG) of Tory Brexiteers and claimed that by “capitulating”, the Chequers deal is now “dead in the water”.

However Mrs May denied this, telling MPs on Monday that the amendments “do not change the Chequers agreement”.

She said: “I would not have gone through all the work that I did to ensure that we reached that agreement only to see it changed in some way through these Bills.”

Ministers are due to vote on the legislation at its final parliamentary stage later, with Mrs May facing a potential revolt by Tory MPs.

One of the rebel amendments demands that the UK should scrap an offer to collect taxes and duties on behalf of the EU unless the remaining 27 member states pledge to do the same for Britain.

A second forces the Government to commit itself in law not to allow a customs border down the Irish Sea.

The others require the UK to have a separate VAT regime from the EU and force the Prime Minister to table primary legislation if she wishes to keep Britain in the customs union.

Brexiteers had set up a WhatsApp group to co-ordinate voting tactics, organised by ex-Brexit minister Steve Baker, who quit over the Chequers plan.

North Cornwall MP Scott Mann quit as a ministerial aide to the Treasury, with the former postman saying he would not “deliver a watered-down Brexit”.

But Mrs May faces further danger on Tuesday, with pro-EU Tories tabling amendments to the Trade Bill, which returns to the Commons.

Former education secretary Justine Greening, who backed Remain, denounced the Chequers plan, saying it offered the “worst of both worlds” and called for a second referendum. 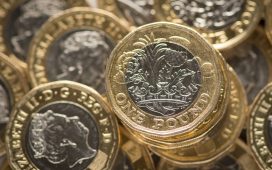