rime Minister Boris Johnson has formally signed the post-Brexit trade deal with the EU, describing it as a “new beginning”.

MPs voted to approve the UK–EU trade deal ahead of the December 31 deadline.

The EU Future Relationship Bill cleared the Commons at its first stage by 521 to 73, a majority of 448, after only five hours of debate on Wednesday.

It will now move to the Lords, with a vote expected in that chamber later this evening.

Earlier Boris Johnson  urged MPs to back his EU trade deal. saying it will enable Britain to maintain the closest relations with its neighbours while taking control of its “national destiny”.

Shadow Cabinet Office minister Helen Hayes has resigned from the Labour front bench after abstaining in the Brexit deal vote.

She tweeted: “I’m grateful to all who’ve contacted me on the EU Future Relationship Bill. I can’t vote for this damaging deal & have abstained today. With much sadness & regret I’ve offered my resignation as shadow cabinet office minister. It’s been a privilege to serve.

Party leader Sir Keir Starmer said while the agreement is “thin” with “many flaws”, the alternative is to leave the EU single market and customs union with no agreement, pushing up prices and driving businesses to the wall.

“There’s only one choice today, which is to vote for implementing this deal or to vote for no-deal. Those that vote ‘no’ are voting for no-deal,” he said.

“This is the nub of it: those voting ‘no’ today want ‘yes’. They want others to save them from their own vote.

“Voting ‘no’, wanting ‘yes’, that’s the truth of the situation and that’s why my party has taken a different path.”

However, the SNP’s Westminster leader, Ian Blackford, condemned the deal as “an act of economic vandalism” and attacked Labour for failing to oppose it.

“I am sad to say that the official opposition has been missing in action. I can understand that this might be politically pragmatic for Labour but it definitely isn’t politically principled,” he said.

All the other opposition parties opposed the agreement – including the DUP, which backed Brexit but objects to provisions which mean Northern Ireland will still be subject to some EU rules.

But Tory Eurosceptics were jubilant, declaring that the “battle for Brexit” had finally been won.

Mark Francois, one of the self-styled Spartans who held out against Theresa May’s Brexit withdrawal agreement, said they could now “lower our spears”.

Following the brief ceremony in Brussels, the documents were then flown to London by the RAF for Mr Johnson to put his name to.

Mr Michel said: “The agreement that we signed today is the result of months of intense negotiations in which the European Union has displayed an unprecedented level of unity.

“It is a fair and balanced agreement that fully protects the fundamental interests of the European Union and creates stability and predictability for citizens and companies.”

The Scottish Parliament voted to withhold consent for the deal after First Minister Nicola Sturgeon described it as the “worst negotiating outcome in history”.

SNP, Scottish Labour, Scottish Green and Scottish Liberal Democrat MSPs all voted in favour of a legislative consent memorandum warning that the agreement “would cause severe damage to Scotland’s environmental, economic and social interests”. 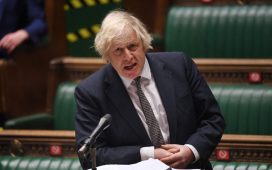 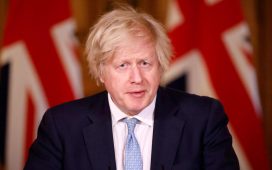