Police confirmed they had found a body in the search for 26-year-old popular jockey Chris Caserta, after he went on a late-night swim off the Gold Coast 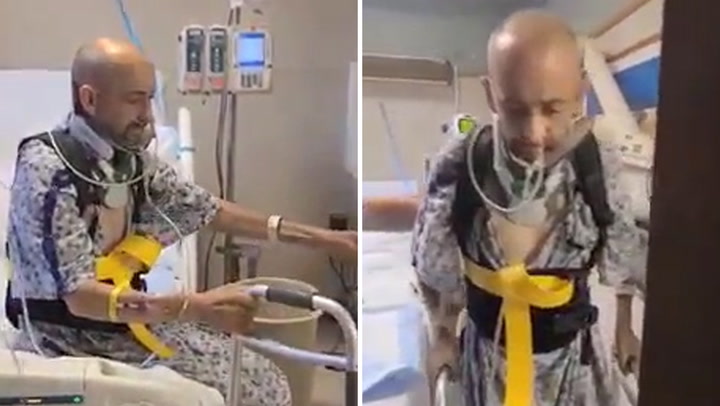 Police in Australia have found the body of young jockey Chris Caserta after he drowned following a late night swim in Queensland.

The 26-year-old disappeared off a beach in Surfers Paradise, on the Gold Coast, after going out on a late-night swim on Wednesday night.

The Gold Coast Bulletin reports his was discovered 150 metres off shore on Thursday morning, but had to wait to retrieve it due to a combination of murky water and surf conditions.

He had gone into the water with 25-year-old trackwork rider Amy Graham just after 10pm local time.

According to witnesses, they were spotted in difficulty and passers-by were able to bring Graham back to the shore, but could do nothing to help Caserta.

She was taken to a local hospital with her condition reported to be stable.

A close friend of the jockey told the Bulletin that his friend’s body had been found just after 7am the following morning.

“They have found him about 150m off Surfers Paradise beach. He was due to be at training this morning,” they said.

Describing what had happened when the swimmers got into difficulty, the friend said: “They got in a rip. She tried to get him out. But she lost contact with him.”

A huge search operation began just before 2am, but were unable to locate Caserta.

“The rescue helicopter as well as lifesavers on jet skis patrolled for some time but were unable to locate him,” Queensland Ambulance operations supervisor Joel McEwan said.

“As far as we know they went for a swim and some people on the esplanade heard a woman screaming and went in after her. But they were unable to locate him.

“The surf conditions looked okay just from the beach but we’re aware of some significant undertows in that area from time to time which would have made it challenging for anyone out trying to rescue someone.”

The operation began again at first light, and it wasn’t long until the body was found.

Popular young jockey Caserta had spoken of his desire to ride at Australia’s elite level after being given a chance at the 2019 Lightning Stakes.

Injuries had stunted his career with one serious leg break keeping him out of action for 18 months, but he had moved to the Gold Coast earlier this year for a fresh start.

There will be more to follow on this breaking news story. We’ll bring you the very latest updates, pictures and video.

Please check back regularly for updates on this developing story HERE. Get email updates on the day’s biggest stories straight to your inbox by signing up for our newsletters.

Get all the big headlines, pictures, analysis, opinion and video on the stories that matter to you by following The Mirror.

See all our social accounts that you can follow here: mirror.co.uk/social