Following a coup which occurred last month in Mali, the country’s interim president, Bah Ndaw, chosen to head a transitional government, was sworn in during ceremonies in the capital Bamako on Friday.

Ndaw is due to lead a transition government for a maximum of 18 months before organising national elections.

Colonel Assimi Goita, who led the military junta, was also sworn in as interim vice president.

The ceremony on Friday took place in a theatre filled with officials dressed in military fatigues, senior judges, and foreign diplomats.

“It will truly require a reformulation of the state,” said the judge, dressed in red fur-lined robes.

The swearing-in comes as the fragile Sahel state’s neighbours have leaned on the military junta to appoint civilians as interim president and prime minister.

The 15-nation Economic Community of West African States (ECOWAS) slapped sanctions on the poor country on August 20 to push for a swift return to civilian rule.

A decision by the bloc on whether to ease the measure is possible on Friday, according to former Nigerian president and ECOWAS mediator Goodluck Jonathan.

“We are optimistic that this event will signal the beginning of the return to normalcy in Mali,” he said on Twitter on Thursday night, referring to the swearing in of interim-government leaders.

Mali has struggled to quell an eight-year-old Islamist insurgency which has claimed thousands of military and civilian lives.

Nigeria’s former president, Goodluck Jonathan, said this after landing in Bamako for talks as head of a delegation from the bloc.

Recall that the military in Mali had staged a coup in the country on Aug. 18, a development which ousted President Boubacar Keita.

Comments suggest the 15-member ECOWAS could accept the candidates picked this week to lead the transition of power, although they do not have the fully civilian background the bloc had demanded.

The easing of sanctions would be a relief for Mali, whose imports have slumped 30 per cent since its neighbours closed borders and halted financial flows after the ouster of Keita.

“I am very happy with what is happening now in Mali.

“The young soldiers who have taken power are doing a job in line with what the (ECOWAS) leaders wanted,” said Jonathan.

It had not previously been clear if ECOWAS would agree with Monday’s nomination of former defence minister and Retired Col. Bah Ndaw as interim president, particularly as the leader of the junta that seized power, Col. Assimi Goita, is set to be vice president.

But Jonathan told journalists: “I hope that after the inauguration of the president on Friday the sanctions will be lifted.”

International powers feared the coup could further destabilise the country and undermine a joint fight against insurgents there and in the wider Sahel region.

Underscoring the insecurity, three Malian soldiers were killed on Wednesday when militants ambushed their patrol in Mopti region near the border with Burkina Faso, the defence ministry said in a statement. 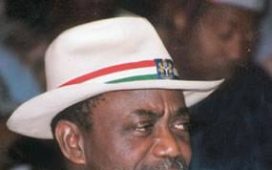 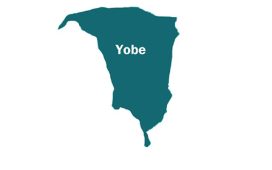 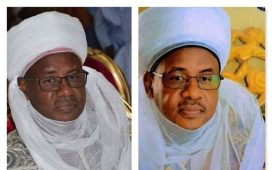