The Lagos State Government has released its White Paper on the report submitted to it by the #EndSARS judicial panel of inquiry that probed the Lekki toll gate incident of October 20, 2020.

The state governor, Babajide Sanwo-Olu, earlier on Tuesday during a press conference, promised thay the White Paper would be released later today (Tuesday). 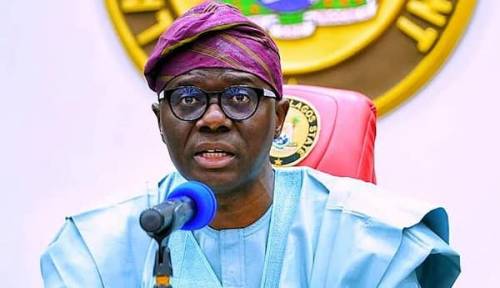 However, the governor dismissed the panel’s report that nine persons were killed at the toll gate when soldiers and the police shot at peaceful protesters.

Sanwo-Olu described the conclusion of the panel that nine persons were shot dead as “assumptions and speculations”.

During a press conference earlier on Tuesday at the Government House, Sanwo-Olu had said, “It is with a great sense of responsibility that I address you today on the reactions that have trailed the release of the Lagos EndSARS panel report submitted to me about two weeks ago and now it has played out in public discourse since then.

“We owe it to you, the people of Lagos to constantly speak and engage with you in easy times, we’ll never shy away from making our case while also ensuring that we listen to you.

“We as an administration are determined that the next steps that we’ll be taking in this process of coming to terms with the event of October 2020 must bring closure to a painful episode in the history of our state, with the release of the white paper later today.

“This in my view is a moment that beckons to us to define who and what we are, to be a centre of excellence, we must be a centre of truth, to be a prosperous city, we must establish ourselves as a peaceful entity and to achieve the greater Lagos of our dreams, we must learn to live in harmony.

Two Monday’s ago, the panel submitted the report to the Lagos State Government, in which it clearly found that the Nigerian Army and police fired live bullets at peaceful protesters at the Lekki Tollgate last year.

It also concluded that the “deliberate absence of officers of the Nigerian Army who were present at the Lekki Toll Gate and who were summoned by the Panel was a calculated attempt to conceal material evidence from the Panel”.

The panel was inaugurated on October 19, 2020, to look into complaints of citizens against human rights abuses by the police.

Following the incident at the Lekki Toll Gate on October 20, 2020, the Terms of Reference of the Panel was expanded to cover that incident.

The Panel sat for well over one year and took testimonies of petitioners, witnesses, experts and lawyers.

The submission of the panel that there was indeed a massacre has since attracted the outrage of Nigerians and the international community who called for the prosecution of the offending officers.