A total of 53 objections were received by the council, who said no to his proposal (

Jeremy Clarkson has been left furious after plans for a restaurant at his Diddly Squat Farm were thrown out by the council.

Controversial proposals for a new restaurant at his West Oxfordshire farm were to be decided on by the council today.

There has been a long-running feud between the star and his neighbours in the village of Chadlington, many of whom have expressed distaste towards the star’s ambition for his land.

The former Top Gear host faced an angry backlash from local residents over his ambition to expand the farm with more than 50 objections registered with the council.

He had wanted to build a new 70 space car park and 60-seat cafe on the site close to the village of Chadlington, Oxfordshire.

The 61-year-old presenter turned up in person at a meeting of West Oxon District Council today to make a personal plea to councillors to back his plans – but these fell on death ears.

In his last ditch appeal to councillors, Mr Clarkson told the meeting: “It is diversification of a farming business. We have already started talking to our neighbouring farmers.”

He added that everyone is “very excited” about the business.

“Farmers are not going to be able to do that for much longer because of the farmer’s state of finances. We have been told as farmers to diversify – that is exactly what this proposal is.”

A total of 53 objections were received by the council, with another 12 letters of support. Around 30 members of the public turned up for the meeting today.

Councillors at the meeting of West Oxon District Council supported the planners recommended to refuse permission on the grounds the restaurant would be “out of keeping” with the Cotswolds Area of Outstanding Natural Beauty (AONB).

Council planning officer Joan Desmond stated: “By reason of its siting, design, scale and location, the proposed development would not be sustainable and would not be compatible or consistent in scale with the existing farming business or its open countryside location.”

She reported: “By reason of its design, scale, siting and nature of the use within the Cotswolds Area of Outstanding Natural Beauty, the proposed development would have a visually intrusive and harmful impact on the rural character, scenic beauty and tranquillity of the area.”

Despite the refusal, opinion among councillors during the meeting was divided.

Councillor Merilyn Davies said: “We have to support farmers and diversification, we live in a rural area.”

Councillor Dean Temple, who represents Chadlington, said it is a ‘very difficult case’, adding: “With a heavy heart, I propose we reject this proposal.”

Councillor Elizabeth Poskitt told the meeting: “There are plenty of less obtrusive places where one could have a restaurant.”

The TV presenter whose runaway hit show Clarkson’s Farm has brought countless visitors to the area, had hoped to convert a lambing shed built in 2020 after a new flock of sheep was bought to diversify the farm business.

It has now been merged with another local farmer’s flock.

Documents state the building has since been used, without planning permission, as a cafe and a bar area.

Chadlington Parish Council said it held a public meeting in November to decide its view on the “divisive and contentious” application but a vote was inconclusive.

Campaign to Protect Rural England (CPRE) West Oxfordshire said any new restaurant would be a “major incursion” into the AONB and would “spoil the rural nature of the Upper Evenlode Valley”.

Clarkson’s representatives had already been forced to change transport plans for the scheme with a new one way system and overflow car park to try and appease the mounting number of objectors.

He had also been served with a notice following complaints that the farm shop had breached original planning conditions by selling out-of-town SOUVENIRS.

The council served the contravention notice after allegations that products sold in its shop were not grown, reared or produced on the farm, or from other local producers.

If proved, that would be in contravention of a condition of the planning permission in November 2019, the council said. 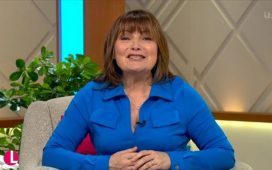 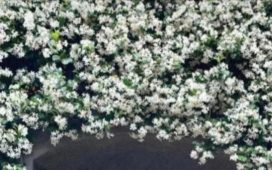 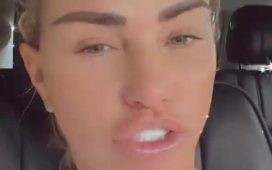 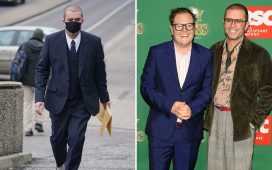 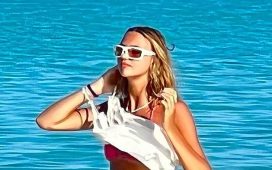