NEWSCABAL > health > Brazilian Covid variant: what do we know about P1?
health


What do we know about the P1 variant?

Two coronavirus variants have been detected in Brazil, or in people who have travelled from Brazil, called P1 and P2. They are similar but it is P1 that is causing concern in the UK, after the detection of six cases – three in England and three in Scotland. The hunt is on for more – and to identify one of the people infected, who appears not to have registered their full details with NHS test and trace.

P1 was first detected in Japan, in people who had travelled from Manaus in Brazil. Investigations confirmed the variant in Manaus, the city on the Amazon river that suffered an intense first wave of coronavirus that peaked in April. A survey of blood donors in October suggested that 76% of the population had antibodies, so were presumed at least temporarily immune. But in January, there was a big resurgence among people who had previously recovered from Covid. P2 is widespread in Brazil and has fewer worrying mutations.

The UK’s New and Emerging Respiratory Virus Threats Advisory Group (Nervtag) designated P1 a “variant of concern”. It was more transmissible – like the “Kent” variant B118 – but may also be capable of antigenic escape. In other words, the vaccines designed against coronavirus may not work so well against it, and people who had antibodies after a bout of Covid-19 might not have natural immunity.

How is it different from other variants?

Nervtag says P1 “contains 17 unique amino acid changes, three deletions, four synonymous mutations and one 4nt insertion”. All the variants have a number of mutations. The key anxiety is that P1 has three that are causing concern – K417T, E484K, and N501Y.

It is E484K that is most worrying. It is in the so-called South African variant too, which has almost identical changes in its spike protein, and is the reason why the UK is surge testing assiduously wherever that is detected. There are also a few cases where the Kent variant, known for its rapid spread, has gained the E484K mutation. This is the mutation thought to give the variants some ability to escape the vaccines. It decreases their efficacy, although it does not knock them out.

What are the chances of P1 becoming widespread in the UK?

Hopefully low – though that depends on how well we track down any cases, and isolate those infected and their contacts. That is what is happening now and it is important and urgent – hence the public appeal for the person who tested positive for the P1 variant but did not leave their phone number to come forward. Some would say the test-and-trace exercise for variants is exactly what should have happened – and continued to happen – this time last year, when coronavirus arrived.

But it is difficult in an era of global travel. To keep out a variant like P1, border control and quarantine need to work effectively too. If all restrictions on travel are lifted in the summer, and people start to take foreign holidays, the chances of variants arriving in the UK will rise. 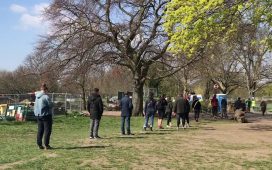 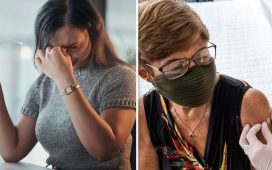 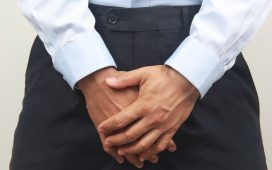 Covid cases still rising in 65 areas – is YOURS on the hotspot list?