Brazil variant causes Covid reinfections in up to 61%, say scientists

he Brazil variant is able to evade “natural immunity” in up to 61 per cent of people who previously had Covid-19 and cause a reinfection, scientists revealed today.

The variant, which has been discovered in six Britons, is also 1.4 to 2.2 times more transmissible than the normal strain of the virus found in the Amazon basin.

But the results, based on the impact of the variant in Manaus, the Brazilian city where it was first detected in December, may not indicate its potential to spread in the UK.

Researchers at Imperial College London, Oxford and the University of Sao Paulo today published a draft of the first genomic and epidemiological study into the Brazil variant known as P1.

Lead researcher Dr Nuno Faria, of Imperial, said that in Manaus the variant was able to evade 25 to 61 per cent of antibody protection in people who had previously had the city’s main strain of Covid-19, leaving them susceptible to reinfection with P1.

About 25 countries have reported cases of P1. Today it emerged that these include the US, Canada, France, Germany and Spain — countries not on the UK’s red list, from which travel is banned to all but UK residents.

In Manaus, the variant grew from zero cases to 87 per cent of cases in eight weeks, causing a second Covid-19 peak between November and January.

Responding to the research, Professor Sharon Peacock, director of COG-UK, the UK’s genomics consortium, said the question of how the findings related to the UK was “yet to be determined”.

She said: “The majority of [Covid-19] disease in the UK is caused by the B1.1.7 [Kent] variant, which we can vaccinate against using the vaccines we have available at the moment. We should be optimistic and pushing on with that vaccination [programme].”

She added: “At the present time, I don’t believe there is any threat to our vaccination strategy or likely effectiveness.”

The researchers said the P1 variant appeared to be similarly transmissible to the South African variant also seen in small numbers in the UK.

However it was impossible to say at this stage whether P1 was more transmissible than the dominant Kent variant — or whether its ability to evade natural immunity, as seen in Manaus, would also be true for Britons who had acquired natural immunity from the Kent variant.

Separate research today from the Office for National Statistics revealed that more than 29 per cent of Londoners would have tested positive for antibodies in the month to mid-February, the highest rate in the country. 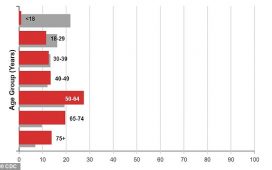 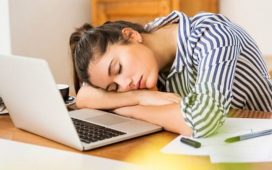 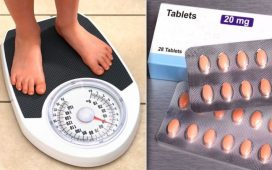 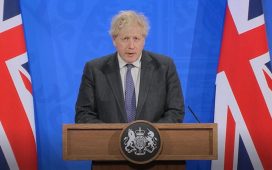 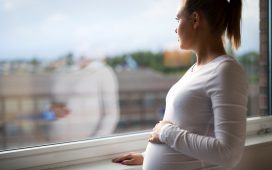