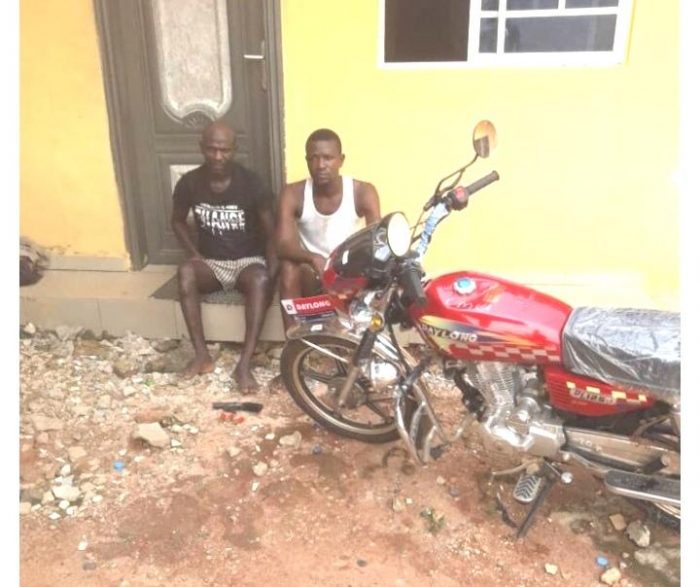 The suspects, Andrew Adubu and Destiny Olu, were said to have stormed the POS shop, located at the entrance of the IDP Camp, in Uhogwa, Ovia north-east local government area of Edo state, and requested to withdraw the sum of N200, 000 from their account.

It was gathered from impeccable sources that as soon as the female operator inserted their ATM card into the POS terminal, the hoodlums brought out a locally-made pistol and ordered her to give them the cash and her mobile phones.

The brave woman however played a fast one on them as she struck the hand of the man holding the gun and the gun fell off his hand.

The woman then raised an alarm which attracted security agents stationed inside the IDP camp, who in turn, responded swiftly and arrested the suspects.

Upon interrogation, the suspects confessed that they were trying to raise money to take care for their family needs during the Christmas and New Year celebrations.

Items recovered from them include one locally-made pistol, three cartridges and an unregistered motorcycle.