A military mother who battled breast cancer while pregnant finally rang the bell that declared she was finished with chemotherapy.

Jessica Purcell, a captain in the US Army, was nine weeks pregnant with her second child when she was diagnosed in August 2018.

She underwent a mastectomy, but was then told the cancer had spread and she would need to undergo chemotherapy.

Purcell, 36, was hesitant – but was told that if she didn’t have treatment, she wouldn’t live to meet her unborn son.

After 12 rounds, she gave birth and, after another four, she was done with chemotherapy.

On Thursda, Purcell got to ring the bell at Moffitt Cancer Center in Tampa, Florida, before she faces a six-week series of radiation. 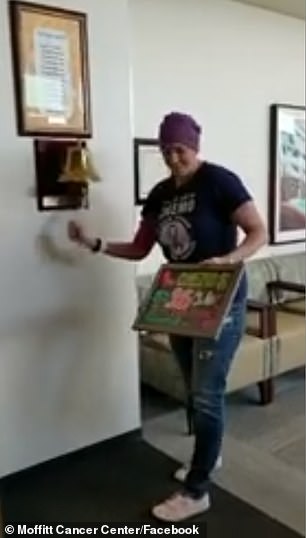 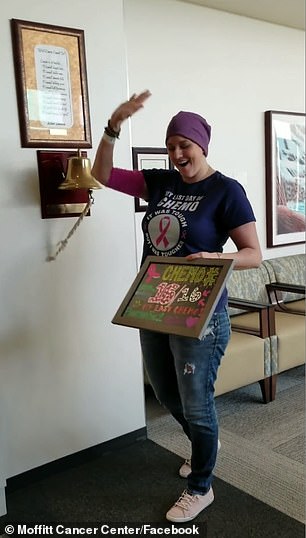 Jessica Purcell, 36 (left and right), of St Petersburg, Florida, who battled while pregnant finally rang the bell that declared she was finished with chemotherapy. She was diagnosed with breast cancer in her left breast in August 2018 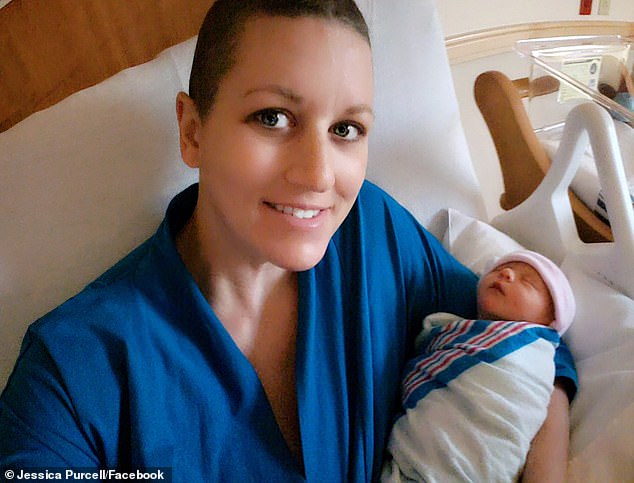 She had a mastectomy in October 2018, when doctors discovered the cancer had spread to her lymph nodes. Pictured: Purcell with her son Jameson

Purcell told Dailymail.com that in 2017, when she was pregnant with her older daughter Josephine, she had noticed a lump in my left breast.

‘I mentioned it to my OBGYN, and she said: “We think it’s just an infection of some sort. Don’t freak out”,’ she said.

The doctor didn’t give any medication and didn’t recommend a follow-up and sent Purcell home.

In April 2018, Purcell noticed a lump once more on her breast but, on the day of her scheduled mammogram, she found she was pregnant again so she decided to hold off until her first prenatal appointment.

‘The OB said: “I’m not too concerned. It’s probably just cyst, but let’s schedule an ultrasound for peace of mind”,’ she said.

However, the radiologist who performed the ultrasound recommended a biopsy and, a couple of weeks later, the diagnosis came back as breast cancer.

‘It was absolutely terrible. I thought: “I’m pregnant, I can’t have breast cancer”,’ Purcell said. ‘I never expected in a million years for it to be breast cancer.’

One out of every eight American women will be diagnosed with breast cancer during her lifetime, according to the American Cancer Society.

It is the second leading cause of cancer death in women, behind lung cancer. Breast cancer does also occur in men but the incidence rate is less than one percent.

Two months after being diagnosed, in October 2018, Purcell underwent a mastectomy to remove the cancer from her breast.

However, by then, scans showed it had spread to her lymph nodes and she needed to undergo chemotherapy. 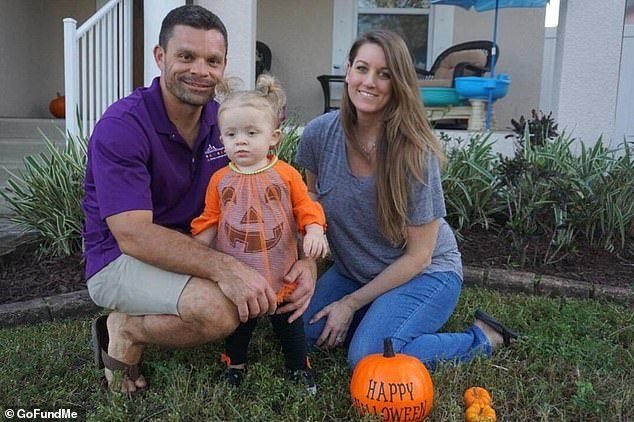 Purcell had to undergo chemotherapy, and she gave birth to her son in March 2019, during round 12. Pictured: Purcell, right, with her husband Justin and daughter Josephine 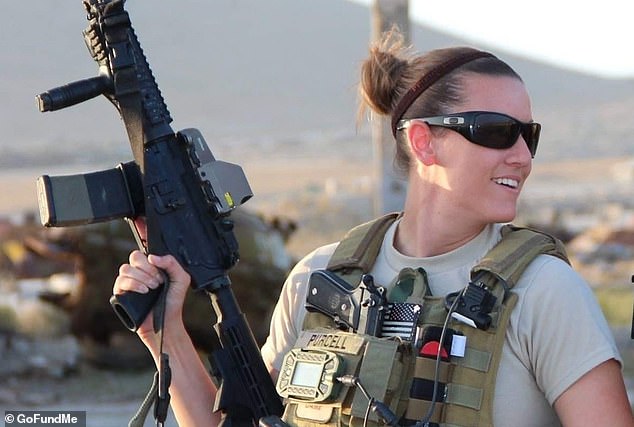 After her son was born, Purcell (pictured during an overseas tour) asked for breast milk donations because chemotherapy drugs interfere with the normal division of cells, which can harm a growing infant

Purcell said she was hesitant to have the treatment while pregnant and spoke to multiple oncologists about her options.

‘Chemo is poison and I thought: “How is it even possible to even undergo chemotherapy while pregnant?”‘ she said.

‘But I spoke to specialists and they reassured me it’s doable. You can do chemo while pregnant.’

Purcell’s oncologist told her, as well, that if she didn’t undergo chemotherapy, she would likely not live to give meet her son or raise her daughter.

She went through 12 rounds of chemotherapy before giving birth to her son Jameson in March 2019.

‘The whole time I was nervous and anxious but he did so well,’ she said.

Purcell had to undergo four more rounds before she was done with chemotherapy and will be facing radiation in May.

Not long after her son was born, Purcell began asking for breast milk donations.

Although cancerous cells cannot be passed through breast milk to a baby, chemotherapy drugs can be.

According to Memorial Sloan Kettering Cancer Center, the drugs interfere with the normal division of cells, which could harm a growing infant. 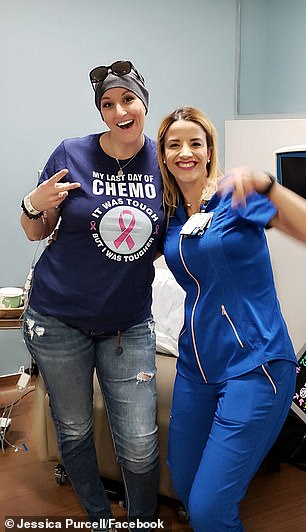 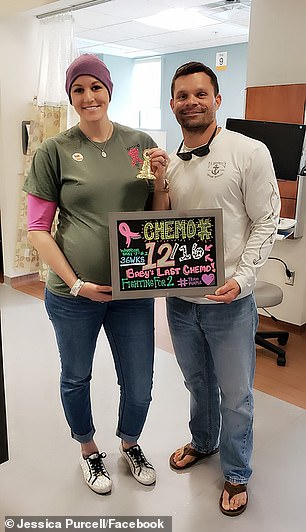 Purcell received thousands of replies, but has mainly taken donations from local moms so she can vet them. She has six weeks of radiation coming up next for her final round of treatment. Pictured: Purcell with a member of her care team, left, and with her husband, right 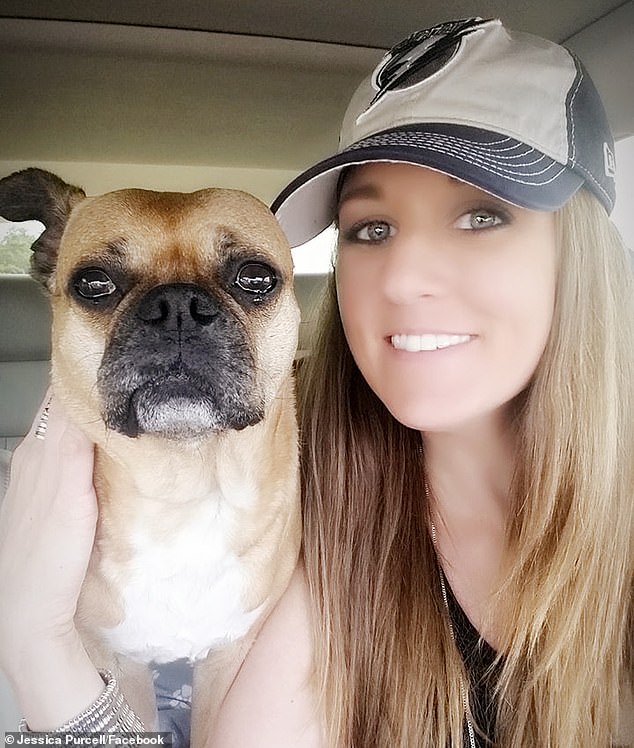 She says she hopes her cancer battle can inspire others going through a similar situation. Pictured: Purcell with her dog

Purcell reached out on Facebook to a local moms’ group and, when some members asked if she could make it public so they could share it, she posted a status.

She received thousands of responses from both her home state of Florida and as far away as Texas and California.

‘It was completely unexpected. I thought I would get a few local responses from women in St Petersburg, maybe Tampa,’ she said ‘Never in a million years did I think it would initiate such a huge response.’

Purcell has mainly taken donations from local moms so she can vet them, and she says Jameson had responded better to breast milk than he has to formula.

She has six weeks of radiation coming up next, the final phase of treatment, and says she hopes her cancer battle can inspire others going through a similar situation.

‘The one thing is, if there’s another girl out there in my shoes – pregnant and diagnosed – there’s plenty of research out there and studies to show that it’s safe to chemo,’ Purcell said.

‘If my story can save another girl’s life, that’s important.’

A family friend started a GoFundMe page to help cover the cost of Purcell’s medical bills. So far, more than $3,700 has been raised out of a $7,000 goal. 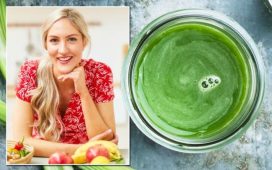 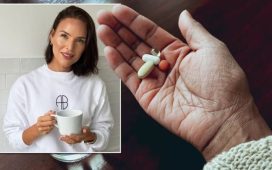