Meet the parents: Boyfriend is hung upside-down for half an hour by his girlfriend’s disapproving mother and father

A man was hung upside-down for half an hour in Indonesia because his girlfriend’s parents disapproved of the young couple living together without their permission.

Mario Natriti, 23, moved in with his lover Desiana, 20, in East Nusa Tenggara province, Indonesia on 20 October.

His girlfriend’s family were furious when they discovered the couple were living together – which is said to have broken a custom that prohibits partners from staying with each other without their elders’ permission.

The enraged parents forced their daughter to return home before interrogating Mario and hanging him upside-down.

Footage from a concerned neighbour shows Mario strung up against a wooden fence while the family calmly talk with local soldiers. 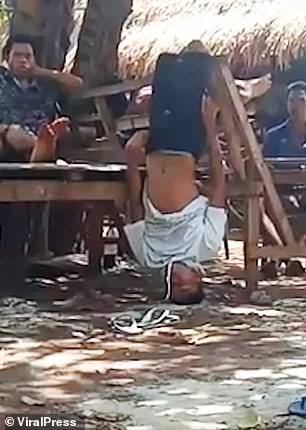 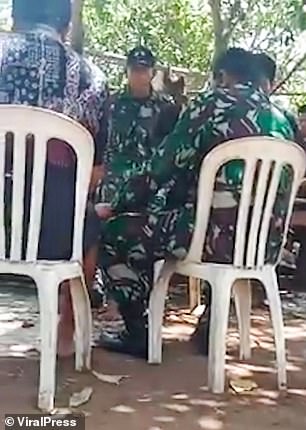 Mario Natriti, 23, was strung upside-down (left) near his girlfriend’s parents’ home after they found out he and their daughter had moved in together without their permission. Mario was left hanging for half an hour while the girl’s parents chatted with a group of local soldiers (right)

Mario stayed in the agonising position for half an hour before his legs gave in and he fell.

He complained of a severe headache upon returning home and was taken to the hospital by his family. There were no immediate signs of any lasting injuries.

The young man’s raging mother, Tujuh Juli Yuli, described the incident as an ‘inhumane abuse’ against her son.

She said: ‘I cried after seeing my son being treated like an animal like that. Not only was he hung upside-down, he was also slapped several times. 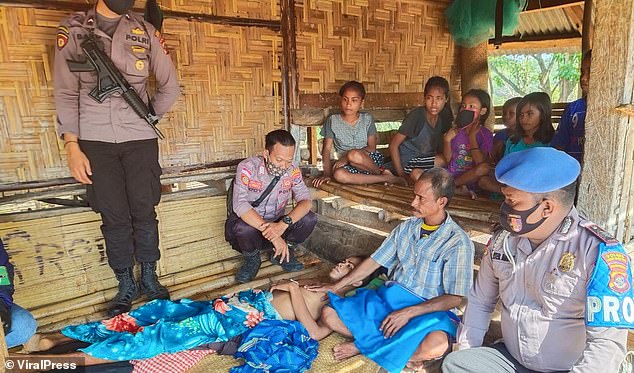 Mario is pictured surrounded by police as he recovers from the ordeal in East Nusa Tenggara, Indonesia. Police said they will be going to the girlfriend’s house to question her parents

‘I hope for justice for my child’s rights. He was treated like an animal. My kid is not a criminal who has to be hanged and tortured and being made into a show for the public.’

The mother reported the incident to the police and provided them a copy of the video as evidence.

Southwest Sumba Police Chief Adjunct Senior Commissioner Joseph Mandagi said they are now investigating the incident and will go to the girlfriend’s house to question the parents.

He said: ‘We are working on the testimony of the witnesses and see what violations we can charge against the people involved.’ 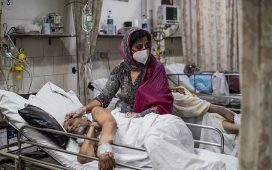 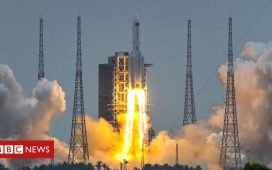 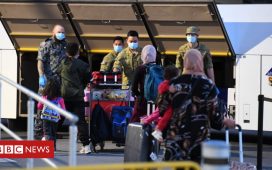