Boxing tonight including Usyk vs Chisora, Santa Cruz vs Davis & Inoue vs Moloney


Derek Chisora and Oleksandr Usyk are not the only big-name fighters in action tonight.

The heavyweights collide in London with the winner going on to fight for world honours while the beaten man licks his wounds.

But later on the night – or early Sunday morning in the UK – the action switches over to the US where Gervonta Davis and Leo Santa Cruz are in action.

The rivals clash at super-featherweight but Davis’ lightweight title is, somewhat bizarrely, also on the line.

And there is also an outing for Japanese superstar Naoya Inoue who makes his first appearance since winning the World Boxing Super Series last November.

What time do the fights start?

The undercard fights will start at 5pm with the main event not likely to start before 10.30pm.

If the earlier fights are running late, Chisora and Usyk may not walk to the ring until closer to 11pm. 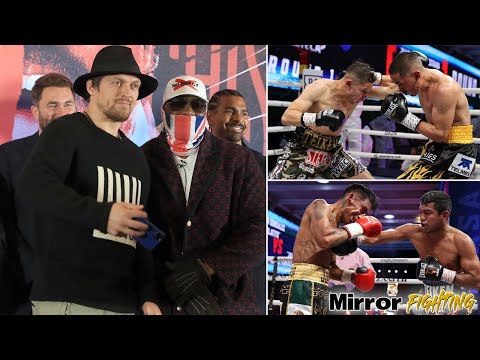 The main event and the main undercard fights will be shown on Sky Box Office from 6pm.

The pay-per-view is priced at £19.95 and can be ordered online by clicking here or via your remote control.

The opening fight of the night, between Amy Timlin and Carly Skelly, will be shown on the Sky Sports Facebook page.

The opening fight of the night can be steamed on Facebook.

The pay-per-view portion of the card can only be streamed if you buy the fights.

They can then be streamed on your computer or mobile device.

Derek Chisora has been placed on a six-week sex ban to help him give Oleksandr Usyk a Halloween fright tonight.

The British heavyweight takes on the former cruiserweight king at Wembley Arena.

Chisora, 36, is a huge underdog against the Ukrainian ace, who is gunning for world titles in the sport’s top division.

But his manager and motivator David Haye has been trying everything to give his man a chance.

And that includes a bizarre plan Haye would abide by in his career that has left Chisora pacing around his room like a ‘caged animal’ in the Covid-secure ‘bubble’ this week.

“About 12 weeks ago, I said to him: if you want to win this fight you need to do something you’ve never done before,” said former two-weight world champion Haye.

“When it gets to six weeks, you’re not going to be allowed to ejaculate six weeks before a fight.

“I told him I need you in the ring knowing that you’ve done stuff that you’ve never done before, you’ve sacrificed.

“Before the fight you need to be fully loaded in every department. The engine tank, your nut sack, everything needs to be full and ready to go.

“I said, ‘When is a lion most dangerous?’ When it hasn’t mated and it’s hungry.

“And when I see him pacing up and down, I don’t know if he’s thinking about fighting or f****** or what. I think I’ve figured it out – that’s why he’s walking up and down.”

What time does the fight start?

The main event is expected to start at around 4am on Sunday in the UK.

That means fight fans will be left to decide whether to stay up for the fight – or set an alarm.

The fights will be shown on Channel 5 in the UK with the programme starting at 2am.

The channel picked up the card late in the week just as it looked as if no UK broadcaster would do so.

I s there a live stream?

The fight can be streamed via the Channel 5 player on your computer or mobile device.

Who is on the card?

What time do the fights start?

The main event is expected to start at around 3am on Sunday in the UK.

Fans who stay up following Usyk vs Chisora will be treated to hours of boxing with this main event due on before Davis vs Santa Cruz.

The card has not been picked up by a UK broadcaster but you can watch the fights at FITE.tv at a price of $9.99.

You can purchase the card by visiting the website here.

The only way to stream the fights is by purchasing the pay-per-view as above and then by watching the bouts on your computer or mobile device.

Who is on the card? 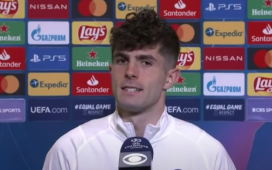 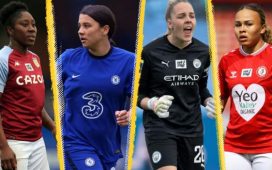 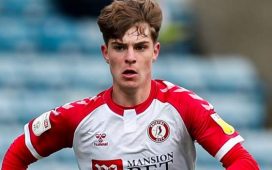