Follow all the action as Manchester City defend a slender first-leg lead against Borussia Dortmund in the Champions League quarter-finals.

Pep Guardiola’s side started the tie in perfect fashion, capitalising on an error from Emre Can, as Kevin De Bruyne struck early on at the Etihad. However, Dortmund responded valiantly and drew level with just six minutes remaining as Marco Reus stole in and curled a fine finish into the far corner. But with the tie in danger of tilting in Dortmund’s favour, Phil Foden scored a last-gasp winner to ensure City take a lead into tonight’s second leg.

With a semi-final against PSG awaiting tonight’s winner, City will once again have to stifle the prolific threat of Erling Haaland, who endured a relatively quiet game in Manchester, at least by the Norwegian’s own lofty standards. Guardiola has often been accused of overthinking his tactics in key European games as he’s sought to finally bring a long-coveted Champions League title to the Etihad, however, his side remain firm favourites and will be boosted by the absence of Jadon Sancho, who has failed to recover from injury in time to face his old club. Follow all the action live below:

Haaland immediately all over Ederson when the ball is played back to the City keeper. An early warning for the away side.

Here we go then! Dortmund get us underway in this one.

That Champions League anthem gets me every time. Tingles down the spine on nights like this. Just a shame about the absence of fans.

I don’t know about you but I’m jolly excited. The teams are about to walk out.

Chelsea made it through last night. Liverpool and Manchester City bid to do the same tonight. Not long until we find out.

We are ten minutes away from kick-off in this fascinating second leg. Everyone ready for a blockbuster?

Zinchenko in for Cancelo

The only personnel change for Man City from the first leg is Aleksandr Zinchenko coming in for Joao Cancelo.

Pep has just confirmed that was a tactical move. Interesting. Could also be that Cancelo will miss the semi-final if he picks up a yellow card.

The big man is warming up ahead of the match this evening. Erling Haaland has not scored in three games for the first time in his career. That is a truly remarkable stat.

He will be hoping to end that ‘drought’ tonight.

Manchester City have failed to score in just two of their last 28 Champions League games, a run that stretches back to 2018.

So, with that in mind, do Dortmund go for broke this evening? Or do they attempt to soak up pressure in the hope they can hit Pep’s men on the break?

Jude Bellingham starts again tonight for Borussia Dortmund. He bossed the first leg and will look to do the same this evening.

A reminder – in case you hadn’t been told already – the kid is 17 years old. 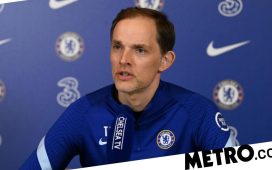 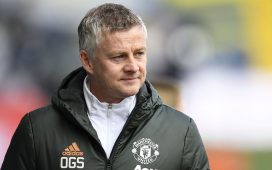 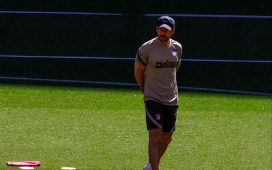