Boris Johnson has faced hilarious responses online after believing he was interrupting film Cars 3 to announce the Brexit deal– despite it having already ended.

The Prime Minister told the nation “I’m sorry for disturbing Cars 3 by the way” as he declared the historic Brexit trade deal with the EU.

In his Brexit press conference, he went on to assure he has “no doubt that we can do fantastic things with this treaty”.

But the Disney film, which was being broadcast on BBC One, was actually shown all the way through to the closing credits before they cut to the PM’s speech.

What do you think? Let us know in the comments section below.

While another joked: “Who’s got the heart to tell Boris Johnson he’s not interrupting Cars 3 and he’s only on BBC News?”

Mr Johnson updated the nation on the post-Brexit trade agreement from inside 10 Downing Street on Christmas Eve.

In his speech, the PM hailed the new trade deal which he said was a “good deal for the whole of Europe.”

He added that the new treaty wins us “a new independence from the EU” in freedoms worth having.

But viewers seemed more focused on the PM’s TV knowledge as he apologised for disturbing the Cars 3 movie on BBC One.

One person said on Twitter: “Genuinely very happy that someone at the BBC had to make the call between Cars 3 and Boris’ Brexit press conference and chose Cars 3.”

Another commented: “Say what you want about Boris Johnson and his Brexit deal, but at least he’s aware of what matters to the people.”

But the PM appeared unaware as he apologised for what he thought would be a disturbance to the nation’s Christmas Eve movie.

In his Brexit announcement, the PM said: “I’m sorry for disturbing Cars 3 by the way, to people watching this I would say it’s one thing to get freedom.

“Winning freedom is a fantastic thing and this is an important element of what we’ve done.

“But it’s how we use it, how we make the most of it. That’s what’s going to matter in the months and years to come.

“I’ve no doubt that we can do fantastic things with this treaty, with this new relationship, which I think will be stable and prosperous for both sides.” 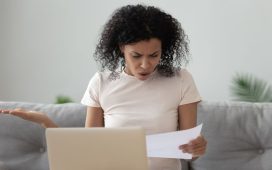