NEWSCABAL > politics > Boris Johnson would lose his own seat if election held now & Tory red wall at risk, according to new poll
politics

Boris Johnson would lose his own seat if election held now & Tory red wall at risk, according to new poll


BORIS Johnson would lose his own seat if an election was held now, according to a new poll.

The Red Wall, which saw the Tories land a historic win a year ago, would also be in danger of falling back into the hands of Labour, the data shows.

A large poll, carried out by Focaldata, shows the PM has less backing than Number 10 would hope for after a tumultuous year.

Mr Johnson‘s constituent seat of Uxbridge and Ruislip South would potentially fall if voters went to the polls now.

The survey, carried out after Christmas was cancelled for millions and Tier 4 was introduced, shows a lack of support for the Tories.

Justin Ibbett, founder of Focaldata, told the Sunday Times: “One year on from their stunning general election triumph, it is clear that the Conservatives already have a lot of work to do if they are to replicate their 2019 success in future elections.

“The SNP would appear to be the real winners. Not only do they win all but two Scottish constituencies, but the most likely outcome is a Labour-SNP coalition government, which would have an overall majority of just over 20 seats.”

However this is all hypothetical, as a UK general election is years away – with the next one scheduled for May 2024.

But according to 22,000 people surveyed during December neither the Conservative or Labour would win an outright majority in an election currently.

The prediction is the Conservatives would lose 81 seats, scrapping the 80-seat majority won in December 2019.

They would be left with 284 seats, with Labour winning 282 and the SNP predicted to win 57 of the 59 seats in Scotland.

Among the predictions are that the Red Wall would crumble, with the Tories retaining just eight of the 43 red wall seats — Bassetlaw, Bishop Auckland, Colne Valley, Dudley North, Great Grimsby, Penistone and Stocksbridge, Scunthorpe, and Sedgefield.

It comes after another poll showed Red Wall voters would not have forgiven the PM if he had sold out in a trade deal with Brussels.

He was warned not to betray his pledge to take back control of UK fishing waters.

And 58 per cent of those voters said they would be less likely to return Mr Johnson to No10 for another term if EU judges continued to have control over British laws.

However Mr Johnson was able to retain British control of fishing, after finalising the deal.

He told MPs ahead of a momentous vote last week: “Having taken back control of our money, our laws, our borders and our waters from the European Union on January 1.

Daughter’s devastating goodbye to mum after Covid tore through family

Girl, 6, nearly died after ‘chickenpox’ rash was reaction to Covid

The House of Commons passed the agreement 521 to 73, while peers gave the bill an unopposed third reading. 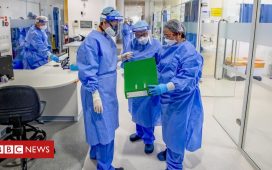 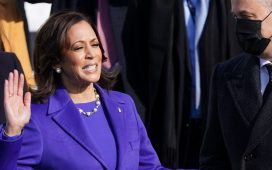 'As a black woman, Kamala Harris’ inauguration resonates so deeply for me' 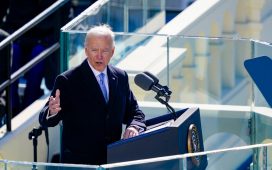 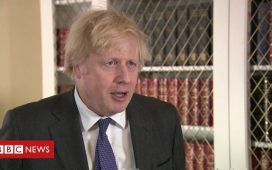 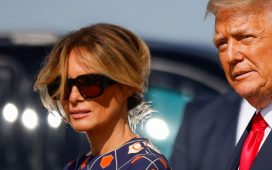