Experts have written to the Prime Minister (

Boris Johnson has been urged to avoid creating a “lost generation” by helping youngsters find jobs as the economy recovers from the coronavirus pandemic.

Dozens of experts have written to the Prime Minister warning that despite government efforts for youngsters to “get the help that they need to get into work through investment in employment support, education, training and jobs”, the “challenge for young people is far from over”.

While there are hundreds of thousands of job vacancies in the economy, many roles are in low-paid hospitality posts and are seasonal work over the summer, concentrated in certain areas.

The Youth Employment Group calls on the PM to “drive forward a coordinated cross-departmental approach to tackling short-term and long-term youth unemployment to ensure that there will be no ‘lost generation’”.

The letter, seen by the Mirror, is signed by more than 80 experts, including the chief executive of The Prince’s Trust, the boss of Careers England and the chief of the National Youth Agency.

They fear young people could struggle in the jobs market
(

It warns Mr Johnson: “Today, one in eight of all young people are not in full-time education or training and most are not looking for work due to health challenges, disability or caring responsibilities.

“These young people have been overlooked in the Plan for Jobs response so far.

“Meanwhile, long-term youth unemployment has risen by nearly a half during the crisis to 200,000, and it’s reached its highest level in five years.

“We know that young people with multiple disadvantages and lower qualifications are much more likely to become long-term unemployed, threatening the Government’s ‘levelling up’ agenda.

“In the coming months, we need to maintain momentum on helping jobseekers and education leavers and do far more for young people from marginalised backgrounds and those furthest from the labour market.”

They hope to avoid queues of youngsters at Job Centres
(

It says that at least half a million young people left full-time education over the summer – meaning “we cannot afford to assume a youth employment recovery, as the situation for young people experiencing disadvantages remains precarious and uncertain”.

The experts urge the PM to “ensure that all young people, whether leaving school, college, or university this summer, have the opportunity of an education place, apprenticeship or job”.

They also call on Mr Johnson to “invest in young people” in this autumn’s spending review to prevent long-term youth unemployment.

A Government spokeswoman said: “We know that young people have been hit especially hard by the impacts of the pandemic which is why our Plan for Jobs specifically focuses on offering them choices.

“We’ve already helped 50,000 young people to find good jobs through the £2billion Kickstart scheme, while also investing in increasing the number of apprenticeships, traineeships and work coaches to support those who will benefit from different opportunities.

“The latest employment figures show we’re on the right track and pushing for recovery – with a sustained rise in the number of young people on payrolls – and this support will continue as we look to build back better and create, protect and sustain jobs.”

See also  Why were Bangladeshi and Pakistani groups worst hit by the UK’s second wave? | Laura Bear
Share on FacebookShare on TwitterShare on PinterestShare on Reddit
newscabalAugust 29, 2021 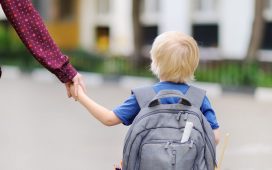 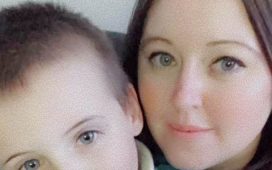 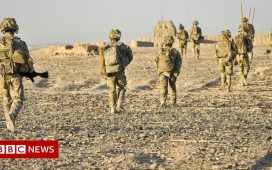