Boris Johnson has told football chiefs there should be a “bomb” of new laws to stop the European Super League.

The Prime Minister used a roundtable meeting this morning to raise the clearest threat yet of legislation against the move.

Sources confirmed he told chiefs from the FA, Premier League and fan groups the proposed league was “anti-competitive”, adding: “We should drop a legislative bomb to stop it – and we should do it now.”

But pressure is mounting on him to take action amid fears the new league could be up and running by August.

Speaking to journalists after today’s meeting, the PM’s spokesman said Mr Johnson does not support a particular football team.

The spokesman also did not know when Mr Johnson had last been to a match.

But he insisted “this is not about what team you support” and the Prime Minister did not need to be a “dyed-in-the-wool” fan to care about the issues.

State support in the form of policing could be removed for matches, and taxes slapped on clubs or their player transfers.

Critics say the Super League will remove the excitement of competition by cementing the Big Six clubs’ place at the top.

And it will decapitate the football “pyramid” which ensures money flows down to lower-league and grassroots clubs.

A No10 spokeswoman said: “The Prime Minister and Culture Secretary Oliver Dowden met with representatives from the Football Association, the Premier League and football fan groups this morning to discuss action against the proposed European Super League.

“He expressed his solidarity with football fans and agreed they must always be at the heart of any decisions about the future of the game.

“He reiterated his unwavering support for the football authorities and confirmed they have the government’s full backing to take whatever action necessary to put a stop to these plans.

“All attendees agreed that action was necessary to protect the fairness and open competition we expect to see in football, and to uphold the fundamental principle that any club should have the chance to play and win against the biggest players in the game.

“The Prime Minister confirmed the government will not stand by while a small handful of owners create a closed shop.

“He was clear that no action is off the table and the government is exploring every possibility, including legislative options, to ensure these proposals are stopped.” 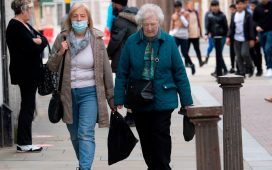 Cameron, Alexander, Osborne, Clegg: how the austerity ‘quad’ sold their souls | Will Hutton 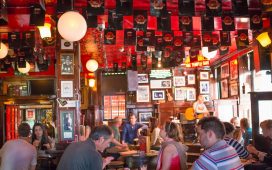